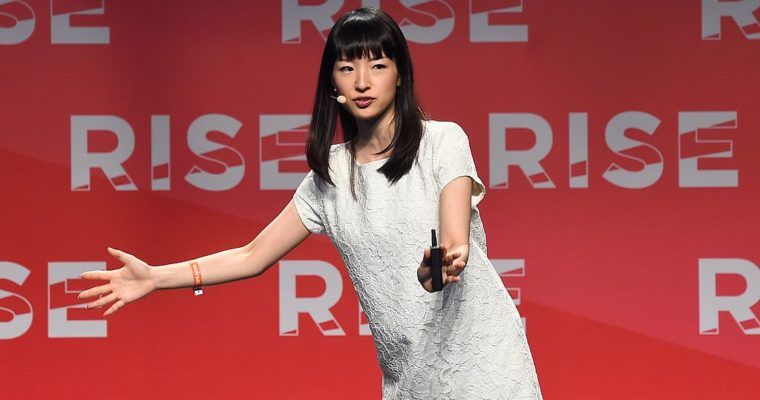 “What do you have that sparks joy? And can we pay with bitcoin?”

Her Netflix television series, Tidying Up with Marie Kondo, became available to stream in January 2019 and quickly became a cultural phenomenon. Marie Kondo is the author of the best selling book:

The Life-Changing Magic of Tidying Up: The Japanese Art of Decluttering and Organizing.

Some quotations from the book:

Keep only those things that speak to your heart. Then take the plunge and discard all the rest. By doing this, you can reset your life and embark on a new lifestyle.

Following Marie Kondo’s philosophy of decluttering and organizing, and applying it to the crypto economy, here are some things we should throw out to declutter the crypto industry:

They’re just a business in disguise as a cryptocurrency to generate interest and raise money because so many dollars are chasing after altcoins looking for the next big thing.

Not everything is the next big thing. And almost nothing is. But that doesn’t mean there aren’t ever any next big things. There never has been and there doesn’t have to be one currency in the vast global economy, and it’s vanishingly improbable that there ever will be.

There doesn’t have to be only one kind of any product in a free market. There are innovators who bring new things to the market. Bitcoin is all about demonstrating that fact.

Buying into the hype is acting with hope, but without understanding. The fact that Bitcoin turned out to be the most profitable investment in history has clouded many speculators’ objectivity.

Hyped cryptocurrencies and startups in the crypto space are heavy on the marketing and sales for a product that isn’t very special. This creates much unnecessary noise and clutter.

4. Reinventing the Wheel [or Bitcoin]

There are too many crypto startups for which the entire premise is solving an alleged problem with Bitcoin that is actually an intended feature of the Bitcoin architecture.

This is also the premise for too many journalists’ treatments of Bitcoin. To keep the space organized and coherent we need to push back against these misapprehensions.

The people that scatter and sell a security when they see some bad short term news in the headlines don’t really have the big picture in mind. They clutter the market with FUD.

If they don’t understand why they bought the currency they bought other than hoping the price of it would never go down — even for a day — maybe they shouldn’t have bought it in the first plaace.