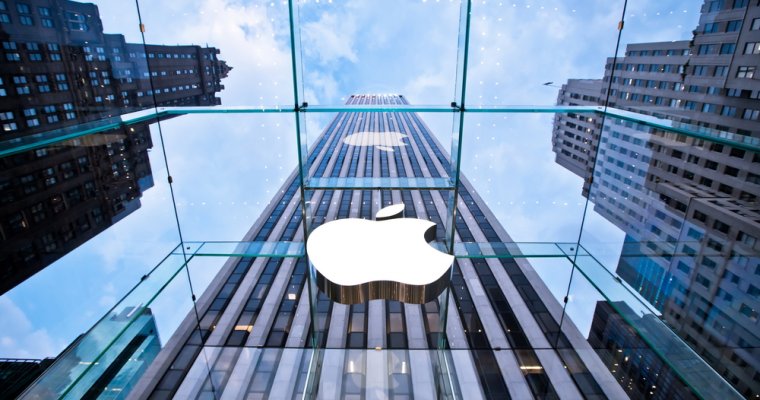 Despite its own reduced forecast led by stuttering sales in China, Apple is making gains. | Source: Shutterstock

The Dow Jones Industrial Average, by a fraction, realized its fifth week of gains on Friday.  A closing high of 0.8% in Friday gave the Dow a 0.1% increase across the week. Disregarding speculation that Apple could be dying, the iPhone maker’s shares led the Dow Jones 30 with 3.31% hike.

Dow Jones Shakes Off the Shutdown and Economic Fears

The index has remained relatively immune to economic and political factors. Though one could wonder how US stocks would have performed without the external pressures of the government shutdown and trade disputes with China.

Even mixed sentiments out of Davos on the potential of the recession didn’t seem to deter investors. With news of an end, however temporary, to the government shutdown investors turned back to technology stocks and bellwether stocks like Caterpillar.

Treasury Secretary Steven Mnuchin also reassured investors telling Reuters the US and China were making progress in trade talks. He followed Commerce Secretary Wilbur Ross’s earlier warning that the US was “miles and miles” from a resolution.

Caterpillar stocks saw a strong performance on Friday with a 3.11% gain. IBM stocks added a 1.09% rise giving a 17.86% hike year-to-date. Goldman Sachs shares are also now delivering significant gains in 2019 with an over 20% rise year-to-date.

Investors Turn Back to Apple and Technology Stocks

Though Morgan Stanley qualified the “buy” sentiment by saying Apple would now need to over-deliver on revenue forecasts to deliver a quick return for investors.

Facebook shares were also up 2.18% Friday in spite of Zuckerberg’s tumultuous year. Google-parent Alphabet’s shares rose 1.62% and Amazon 0.95%. Netflix continued its 2019 positive performances with a 3.48% rise.

Intel ended the last trading session of the week 5.47% down after missing revenue expectations for the fourth quarter of 2018. Other semiconductor stocks did well in comparison. Nvidia shares finished 2.31% up and Broadcom also gained 4.39%. Microsoft stock gained 0.91% achieving 5.51% gains year-to-date.

For the Dow Jones Industrial Average, the five weeks of gains is the longest positive period since August 2018. With Apple and technology stocks showing promise and the reopening of much of the US government investors may be optimistic going into next week.