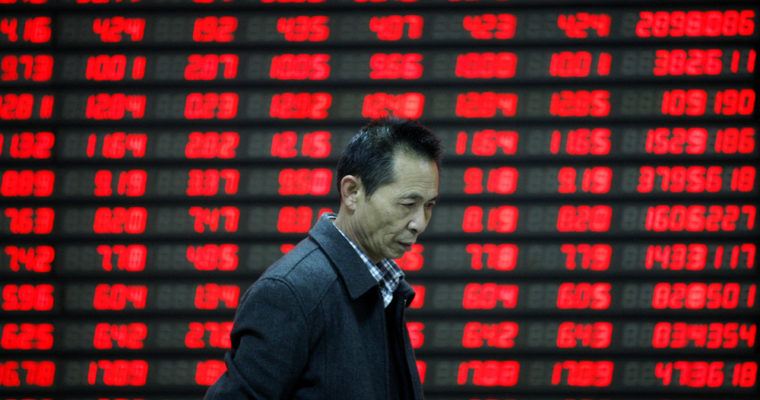 China’s GDP has slowed to its worst pace in 28 years, and analysts are concerned it could trigger a global recession. | Source: Shutterstock

By CCN.com: According to new figures from the International Monetary Fund (IMF), the European Central Bank (ECB), and the Chinese government, Europe and China are continuing to struggle following a poor year of growth in 2018.

ECB President Mario Draghi said on January 24 that downside economic risks could pose a threat on the economy of the euro-zone, citing geopolitical uncertainties, the U.S.-China trade war, and the volatility in the global financial market as major contributing factors.

China and Europe Slowdown May Lead to a Global Recession

Earlier this month, a market strategist Russel Napier wrote in a column that the demise of the euro could trigger the collapse of the global monetary system, resulting in a full-blown global recession.

The key consequence of this collapse will be the destruction of the euro. The expected success of the far-right and far-left in the European parliamentary election in May this year augurs the beginning of the end for the currency union. Both extremes share a commitment to the return of sovereignty to their parliaments that is incompatible with a single currency.

In an official speech, ECB President Mario Draghi acknowledged the decline in the momentum of the euro and the euro-zone economy on Thursday, stating that the central bank will have to establish new inflation and economic forecasts by the end of the first quarter of 2019.

Draghi emphasized that a wide range of instruments such as bonds, interest rates, and long-term loans could be utilized to stimulate the euro-zone economy. But, analysts remain unconvinced whether it would be sufficient to lead to the euro-zone to a full recovery by the year’s end.

An economics commentator Greg Ip noted that based on the numbers released by the IMF, which suggest that the global economy is set to expand by 3.5 percent in 2019, a global recession will not occur in the short-term.

However, Ip explained that the series of revisions made by the IMF in its forecasts and projections present an issue for central banks across the world and depending on the strategies employed by major regions like the euro-zone and China, the global economy may face long-lasting turbulence throughout the years to come.

“This latest disappointment isn’t the story; the real story is the serial disappointments that have dogged this expansion from the start. The IMF keeps projecting a return to the 4%-plus growth that prevailed in the 2000s, and keeps having to revise it down,” Ip wrote.

The slow down in the growth rate of the European economy coincides with the newly released report from the Chinese government that the economy of China grew by a mere 6.6 percent in 2018, recording the slowest pace in over two decades.

U.S. Economic Growth is on the Decline as Well

Several reports in the past week have claimed that the struggle of the euro-zone and China may affect the economy of the U.S. in the short-term.

Already, as disclosed by the Conference Board economic research director Ataman Ozyildirim, U.S. economic growth is projected to slow down by the end of the year, having recorded a slight drop in the last quarter of 2018.