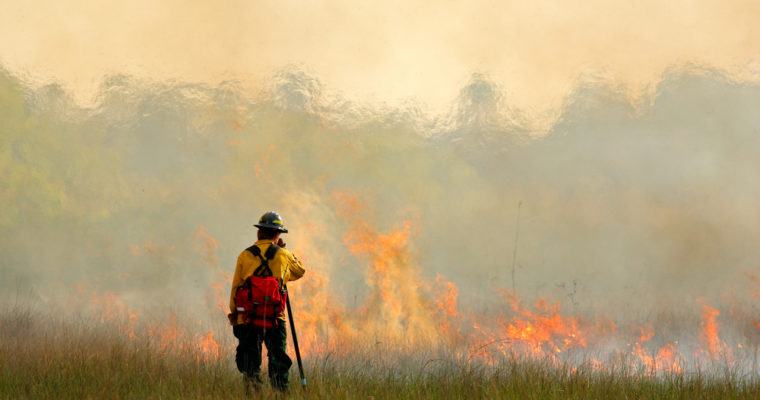 PG&E stock leaped by as much as 50%, despite concerns the company will declare bankruptcy. | Source: Shutterstock

By CCN.com: Pacific Gas and Electric (PG&E) recently floated the notion that it will probably be filing for bankruptcy. The Wall Street Journal calls this the first “climate change bankruptcy.” The company may be liable for billions in damages from recent wildfires in California.

California’s fire agency found in June that PG&E’s equipment was to blame for at least 17 wildfires in 2017. Since then, the company has been the subject of public scrutiny. In response, the company has committed to increasing its fire safety programs, writing:

Given the continued and growing threat of wildfire, PG&E is evolving and expanding our Community Wildfire Safety Program as an additional precautionary measure following the 2017 and 2018 wildfires to further reduce wildfire risks and help keep our customers and the communities we serve safe.

On January 16, Wells Fargo downgraded PG&E stock (NYSE: PCG) to a target of $10. Argus believes the stock will hit $0, while Morgan Stanley is maintaining its target of $13 on the stock. After late-week trading, Morgan Stanley seems closest to the mark.

In late Thursday and early Friday trading, PCG was up nearly 50% on the whole. By the close of the market Thursday it had gained 80%, with a minor correction early Friday.

The company recently stated in court filings that it might quintuple energy rates in California. A San Francisco court had ordered California to work on a “vegetation management” strategy that PG&E estimates would cost $75 to $150 billion. In response, they told the court that they would have to increase average utility rates by up to 500%.

PG&E would inevitably need to turn to California ratepayers for funding, resulting in a substantial increase — an estimated one-year increase of more than five times current rates in typical utility bills.

The stock is still 75% down from its 6-month high in November of more than $48. Institutional investors own upwards of 80% of the company. Insider holders amount to less than 1%. The rest is traded by the public. Bankruptcy is not always the worst thing for a company. For another company to come in and replace PG&E would involve serious investment. The prospect of a bailout from the state of California, to help pay for court-ordered modifications to its “vegetation management” program and other environmental efforts, seems more likely than an actual shuttering of the energy giant.

The surge appeared to be connected to the Thursday report that PG&E had been cleared of responsibility for the 2017 Tubbs Fire in Sonoma County, California, which killed 22 people and destroyed thousands of buildings in October 2017.

Nevertheless, by press time Friday PCG stock was struggling to maintain its gains, trading in a tight $0.50 range. It could definitely break upwards from here, or it could be evidence of institutional investors further consolidating their grasp on the company in preparation for bailouts and/or bankruptcy. The stock was at $12.26 at time of writing.