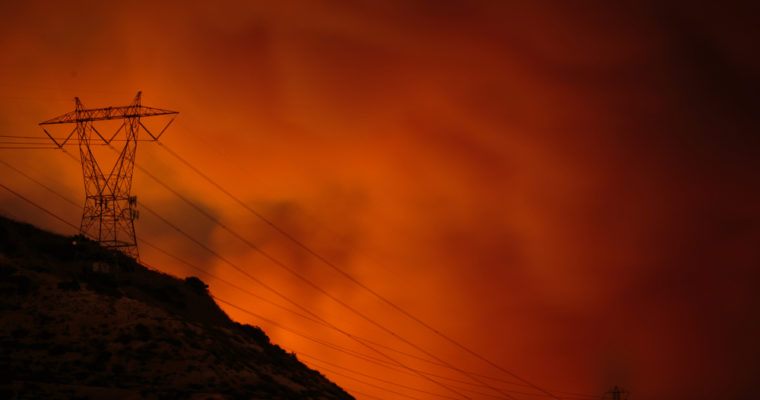 By CCN.com: Over a week ago, PG&E stocks lost most of their value faced with PG&E’s possible $30 billion in liabilities pertaining to wildfires and potential bankruptcy. PG&E’s share price hiked 75% today.

The California Department of Forestry and Fire Protection has said that private electrical equipment is to blame for starting the fire in Sonoma County in October 2017.

Breaking: Tubbs Fire, the most destructive of the 2017 Wine County fires, was ignited by private electrical equipment that malfunctioned, not PG&E, @CAL_FIRE reports. pic.twitter.com/EKmuDXXghr

It’s Not Over for PG&E

Reports indicate that PG&E equipment may still have caused at 17 out of the 21 fires in California during 2017.  It is also under investigation over the November 2017 “Camp Fire” which killed 86.

PG&E’s CEO John Simon had said on January 14 that bankruptcy was the best way for PG&E to resolve “potential liabilities” in an “order, fair and expeditious fashion” as well as continuing to serve PG&E customers. At this point, PG&E shares fell to a value of $6.96.

At the time of writing the PG&E shares are at a value of $13.01 and showing 30% gains an hour into postmarket trading. The stock recorded near 25% gains over the January 24 trading session ending at $9.98.

PG&E has been cleared of blame for the devastating 2017 #TubbsFire. @CAL_FIRE finds a private electrical system at fault.

This could spell a huge reduction in the estimated $30 billion in liabilities PG&E has been facing, driving to #bankruptcy.

Story on @greentechmedia to come pic.twitter.com/QpM8YaNWWX

BlueMountain Capital Management is Pushing to Change the PG&E Board

Hedge fund BlueMountain, owners of 2% of the utility company’s stock, has been fighting back against the bankruptcy decision. It plans to nominate new directors to PG&E’s board next month before the company’s annual meeting.

The bankruptcy filing, after 15 days of notice, is expected next week. Reuters BreakingViews suggests that BlueMountain may not gain enough support from shareholders. BlueMountain says PG&E’s current board of directors has:

Barrons pinned a dip in earlier trading today on the BlueMountain calls, before the Tubbs Fire exoneration surfaced.

BlueMountain has since said:

The news from Cal Fire that PG&E did not cause the devastating 2017 Tubbs fire is yet another example of why the company shouldn’t be rushing to file for bankruptcy, which would be totally unnecessary and bad for all stakeholders.