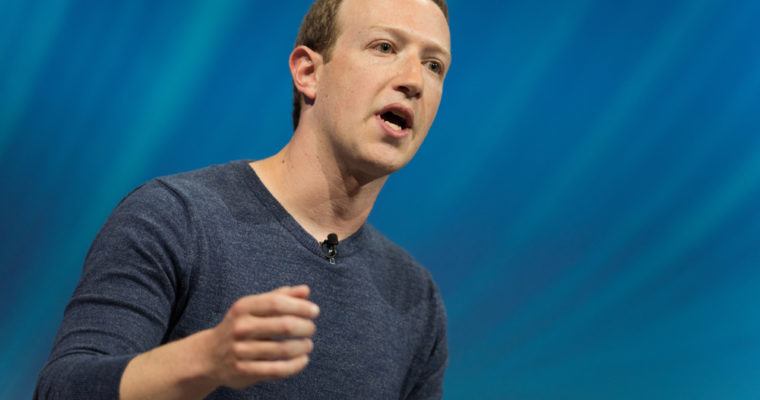 “We don’t sell people’s data, even though it’s often reported that we do,” Zuckerberg wrote in a lengthy Wall Street Journal op-ed.

Indeed, Zuckerberg is feeling such intense heat from Facebook’s data-breach scandal that he issued his defiant manifesto in a 1,000-word op-ed in a financial newspaper — and not on Facebook.

Presumably, Mark is trying to quell mounting shareholder concerns about his dubious corporate business model, and wanted to reach the investor audience.

Meanwhile, Zuckerberg conceded that Facebook stores substantial amounts of private user data to use for advertising purposes. However, he claims this data serves other functions, such as cybersecurity and fraud detection.

“There’s the important question of whether the advertising model encourages companies like ours to use and store more information than we otherwise would,” Mark wrote.

There’s no question that we collect some information for ads — but that information is generally important for security and operating our services as well.

Zuckerberg also admits that Facebook must be more transparent about how it employs its users’ private data to generate billions of dollars in ad revenue.

“We need to be clear about the ways we’re using information,” Zuckerberg noted. “And people need to have clear choices about how their information is used. We believe regulation that codifies these principles across the internet would be good for everyone.”

If this is true, Facebook violated a 2011 consent decree under which it agreed to get user permission before sharing their data with third parties.

As a result of this artificial inflation of user numbers, Facebook has been systematically overcharging companies for the ads they place on the social media monopoly’s network, Greenspan’s report claims.

Keep in mind that companies pass along their advertising costs to consumers by raising the price of the goods they sell. So ultimately, consumers pay for Facebook’s alleged fraud.

“At this point, Mark Zuckerberg may in fact be the greatest con man in history, having pulled off a complex fraud at one point valued at approximately 10 times the scale of convicted financier Bernard Madoff’s historic and epic Ponzi scheme,” Greenspan wrote.

In response to CCN’s request for comment, Facebook’s communications director Vanessa Chan denied that more than half of the network’s accounts are fake. “This is unequivocally wrong, and responsible reporting means reporting facts, even if it’s about fake accounts,” she said.

As CCN reported, the crypto industry is also suspicious of Facebook due to its ongoing data breach debacle. Facebook has been aggressively trying to expand its blockchain group.

However, it’s having trouble recruiting talented crypto professionals because its reputation has been heavily damaged by recent scandals. Indeed, Facebook could be slapped with a “record-setting” fine for allegedly violating user privacy.