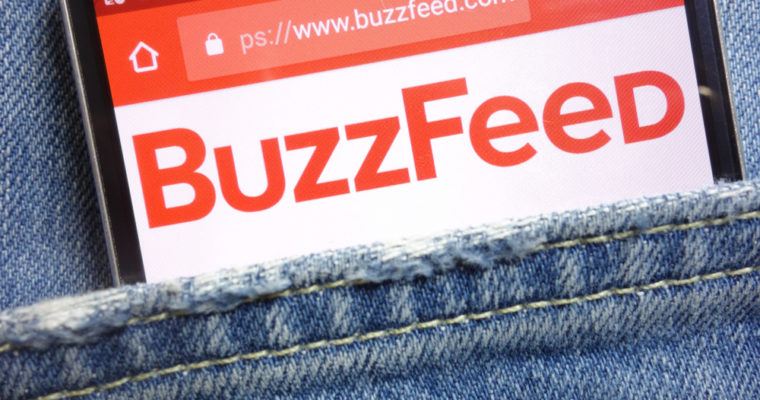 Digital media giant Buzzfeed is laying off 15% of its staff amid struggling revenue growth. | Source: Shutterstock

By CCN.com: If the actions of Buzzfeed and Verizon Media Group are anything to go by, these are hard times in the digital media space. Within hours of each other, the two online media outfits have announced they will be laying off hundreds of employees.

Restructuring Will Enable Verizon Adapt to the Future

While announcing the layoffs, the CEO of Verizon Media Group, Guru Gowrappan, indicated that the decision was made with a view of making the subsidiary more competitive:

While every business unit has to manage their P&L, these decisions are being made to streamline resources and invest in opportunities that will help us grow.

Verizon Media Group largely consists of brands that Verizon Communications took over after acquiring Yahoo and AOL. Some of the well-known brands include news sites such as TechCrunch and HuffPost and social media platform Tumblr.

Despite investments in the media business running into billions of dollars, Verizon Media Group has struggled. In the most recent reported quarter revenues fell by 7% compared to the previous quarter to come in at $1.8 billion.

Going forward Verizon’s media arm noted there will be little to no revenue growth going forward. Verizon Media Group also does not expect to reach a revenue target of $10 billion by 2020.

Late last year Verizon Communications took a write-down amounting to $4.6 billion on its media subsidiary. A regulatory filing revealed that the accounting charge was made after the realization that the subsidiary was overvalued.

There was little change in the share price of Verizon Communications after the layoffs were announced.

BuzzFeed to Pink-Slip Yet Again

Over at BuzzFeed, around 220 employees will be laid off – about 15% of its workforce, according to Variety. Per BuzzFeed’s co-founder and CEO, Jonah Peretti, the restructuring will allow the media organization to thrive without relying on fundraising:

The restructuring we are undertaking will reduce our costs and improve our operating model so we can thrive and control our own destiny, without ever needing to raise funding again. These changes will allow us to be the clear winner in the market as the economics of digital media continue to improve.

This is not BuzzFeed’s first time to lay off employees. In November 2017 the media firm pink-slipped 100 employees. Additionally, last year in the fourth quarter BuzzFeed’s in-house podcast team was sent packing.