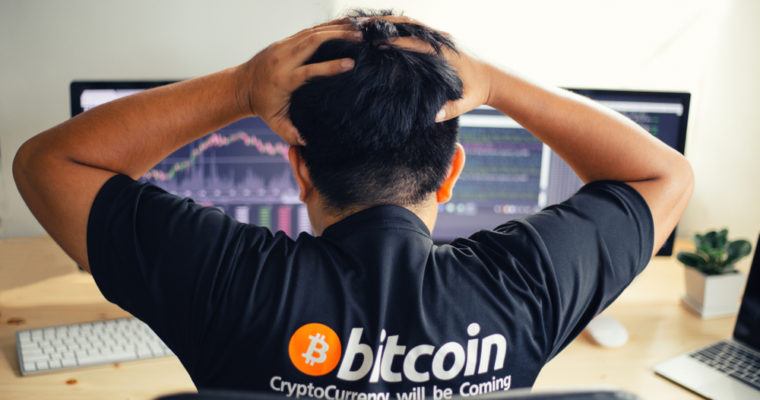 Bitcoin price could yet see more gloom in the bear market, according to JPMorgan analysts| Source: Shutterstock

By CCN.com: Wall Street firm JP Morgan has predicted that HODLers should expect to experience more pain if the crypto winter persists.

According to JPMorgan analysts, the price of bitcoin could fall to as low as $1,260, Reuters reports. The same analysts have, however, estimated that bitcoin’s ‘cost support’ is at around the $2,400 level.

This sentiment is similar to that held by Chinese currency policy analysts, as CCN reported earlier this month. The analysts expect pessimism to dominate with regards to bitcoin in 2019.

These Chinese analysts are saying that is is very likely that the #bitcoin bear market will continue forward in 2019. https://t.co/0VhPEDobkT

Currently, bitcoin is trading above the weekly low of $3,500 that it reached earlier this week per prices quoted by Bitfinex.

In the same report, the JPMorgan analysts also questioned the purpose of cryptocurrencies. The Wall Street firm noted that cryptocurrencies had no value in reality. Consequently, they would only make sense in a situation where investors had lost faith in the current system.

Per JPMorgan, this would only be the case if faith in the U.S. dollar and gold got eroded. Additionally, the global payments system would have to fail for this to occur:

Even in extreme scenarios such as a recession or financial crises, there are more liquid and less-complicated instruments for transacting, investing and hedging.

On this, the JPMorgan analysts share the same sentiment as the firm’s CEO, Jamie Dimon. JP Morgan’s chief executive has previously said that he sees no actual value in bitcoin.

It’s ‘Worth Nothing’: Jamie Dimon Takes Another Shot at Bitcoin https://t.co/junawpXqNa

The JP Morgan report also added that financial institutions’ interest in the crypto markets fell in the last six months. As a result, retail investors were now dominant. This is despite the progress that has been made with regards to crypto market infrastructure.

Per JPMorgan, asset managers and pension funds are still apprehensive about security flaws and volatility. Additionally, the propensity for cryptocurrencies to be used for illegal purposes was also scaring them.

The Wall Street firm also added that bitcoin was unlikely to become a major means of payment. In 2018, JP Morgan’s report pointed out, no major retailer hit the headlines for accepting cryptocurrencies.

However, JP Morgan added that opportunities exist for the use of bitcoin as a payment method. This was in marketplaces when control over payment methods is in the hands of small enterprises and individuals.

JP Morgan Analysts on the ‘Blockchain not Bitcoin’ Brigade

The JP Morgan analysts were, however, more optimistic about blockchain technology. The analysts, however, noted that the technology had the potential of reducing global banking costs. This is similar to the position that Dimon has previously taken where he has been more supportive of blockchain than cryptocurrencies.

Jamie Dimon Still a Member of the ‘Blockchain Not Bitcoin’ Brigade https://t.co/wvYVbEJf4J

However, the analysts pointed out that with the emergence of multiple private platforms, there is unlikely to be wide usage due to lack of integration. Additionally, the JPMorgan analysts don’t see financial institutions reaping the benefits of technology any time soon. According to the analysts, it will take at least 3 to 5 years before the benefits reach the banks.