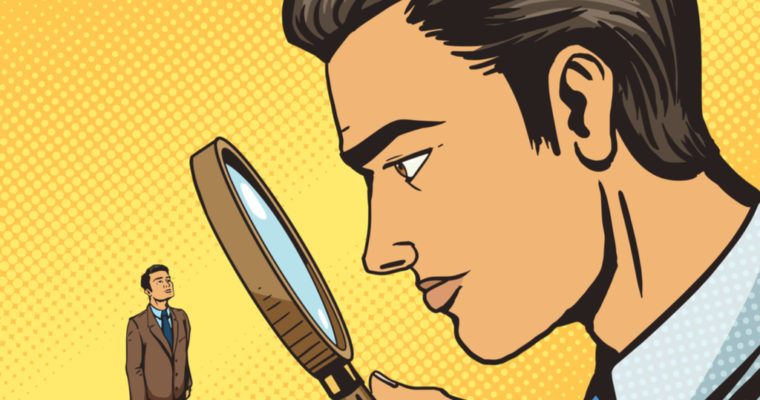 By CCN.com: It turns out that ripple (XRP) might not be the second-largest cryptocurrency after all.

That’s the bold thesis of a new report from crypto research firm Messari, which alleges that ripple’s circulating market cap — the combined value of all liquid XRP tokens — is “significantly overstated” on the vast majority of crypto data services and exchanges, perhaps by as much as 46 percent.

According to Messari, ripple’s circulating market cap is $6.9 billion, which would make it the third-largest cryptocurrency behind both bitcoin ($62.9 billion) and ethereum ($12.2 billion).

That paints a vastly different picture than the one available on most third-party crypto data feeds. CoinMarketCap, which ranks among the 500 most-visited websites in the world according to Alexa, estimates that the value of all XRP in circulation is a little over $13 billion.

CoinGecko, another popular crypto data service, pegs it slightly lower but still well above the $12.9 billion mark. CCN’s market cap page, which is based on data from TradingView, lists it right around this mark as well. All three services rank ripple as the second-largest cryptocurrency.

Messari: Billions of XRP are Falsely Included in Circulating Supply

So what accounts for the discrepancy? Messari alleges that the Ripple company — which is closely associated with and owns the majority of XRP — does not provide accurate market information through its XRP data API.

More specifically, the researchers claim that in addition to the 59 billion XRP that Ripple owns — most of which is held in escrow but some of which is available for restricted sales — the company has distributed billions of XRP to people or organizations who have agreed to contractual restrictions on selling them. While some of these agreements have been disclosed (e.g., co-founder Jed McCaleb), Messari alleges that others have not. Altogether, as much as 19.2 billion XRP worth $6.1 billion may be inaccurately included in ripple’s circulating supply.

Combined, this means 19.2 billion of the 41.0 billion XRP currently quotes as “in circulation” may be illiquid or subject to significant selling restrictions. In reality, this estimate may prove to be conservative, as they belie XRP trading volumes which have consistently fallen well below that of EOS and Litecoin, two cryptoassets whose current referenced market caps are a mere 17% and 15% of XRP’s, respectively. In addition, we believe the actual amount of “restricted” XRP in distributions to investors, banking partners, and team member may be significantly higher than our initial estimates reflect.

To be sure, market cap itself is a controversial metric, one that unscrupulous developers can use to make their crypto tokens appear more valuable than they really are. However, for all its flaws, market cap remains the simplest and most convenient way to rank the assets within the cryptocurrency economy, especially for outsiders who want a bird’s-eye view of the ecosystem.

The implications extend far beyond project bragging rights. Numerous cryptocurrency index providers base asset weightings on circulating market cap. In turn, many of these indices are used as the basis for market cap-weighted cryptocurrency investment funds, such as the Grayscale Digital Large Cap Fund and Bitwise 10 Private Index Fund.

If XRP’s slice of the pie is larger than it should be, then shareholders aren’t purchasing quite what they think they are when they invest in the funds, and their returns won’t accurately track the underlying crypto economy.

Moreover, based on the thesis that billions of XRP have been distributed to people and entities who are contractually restricted from selling them at will, the researchers warn that the ripple cryptocurrency may face “persistent sell-side pressure,” above and beyond what has been publicly disclosed by the Ripple company and its affiliates. That should worry investors who have purchased XRP based on the assumption that the token is more liquid than Messari claims.

“We urge Ripple to disclose its volume-based selling methodology, as well as the amount of XRP subject to contractual volume-based selling limitations over time,” the researchers wrote. “This is necessary in order to help investors better understand the inflation and selling pressure in one of the industry’s largest assets, and is necessary to protect consumers and promote fair and efficient crypto markets.”

Responding to an emailed inquiry from CCN, a Ripple spokesperson alleged that Messari based the report on “several inaccurate assumptions” as well as “an incorrect calculation of market cap.”

Not only does this report contain several inaccurate assumptions around lockups and selling restrictions, the entire report is based on an incorrect calculation of market cap. While decentralized digital assets like XRP are different from traditional equities, the term ‘market cap’ is always a very simple calculation: current price X total number of the asset = market capitalization. That puts XRP’s current market cap at approximately $31 billion. We believe that any other calculation of market capitalization for XRP is not a clear representation of the truth.

Few Active XRP Addresses for Such a Valuable Crypto Network

However, given other blockchain data, perhaps it should be entirely surprising that ripple’s market cap might be smaller than advertised.

Newly-published research from LongHash, for instance, found that over the past week, the cryptocurrency’s network had a median number of daily active addresses of just 5,204. That’s 99.12 percent less than bitcoin, which had a median of 592,090 active addresses, and significantly less than ethereum, EOS, and bitcoin cash — all of whom have smaller market caps than XRP.

While network activity is not directly connected to crypto market cap, it seems difficult to assign such a large value to a token with so few users — even if, due to XRP’s enterprise focus, those users send more funds than the average user on other networks.