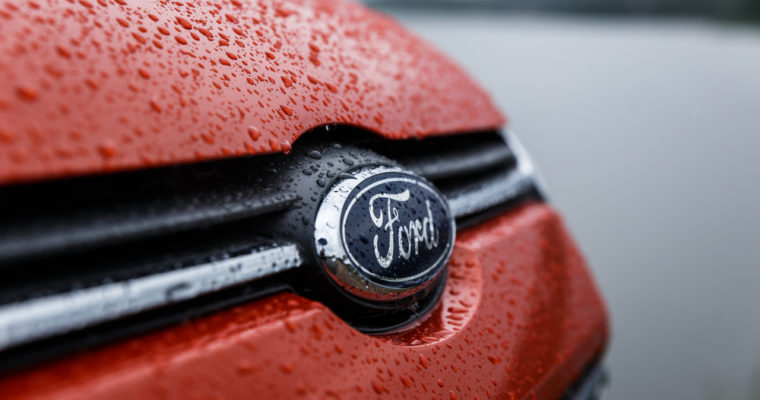 By CCN.com: Ford gave its fourth-quarter earnings call this afternoon. Despite a serious decline in interest in China and Europe, the company posted a 1% improvement over last year’s Q4 revenues as a whole, and a 2% gain for the whole year. The earnings call was launched as the markets closed with F seeing a nearly 2% drop in share price.

In 2018, our F series outsold the nearest competitor by the widest margin ever.

This corresponds to a mention in the presentation of more than 1 million F-Series pickups sold. Ford says this is the largest lead they’ve had on competitors ever. Importantly, Ford is working on a zero-emissions version of the popular F-150 pickup truck. This is part of a trend among traditional car manufacturers to begin the process of eating Tesla’s lunch. Superior manufacturing processes as well as a much wider network of dealerships give Ford and other major automakers a big advantage.

In 2017, the “automotive structural” cost at Ford increased more than $1 billion. However, in 2018 they “arrested this trend” and kept costs flat year-over-year. They expect to do the same in 2019.

One of two expansion areas that Ford is focused on is the “mobility” industry. They acquired San Francisco-based Spin in November and immediately launched operations in Detroit. The e-scooter company cost Ford less than $50 million, reportedly.

At the same time, they are expanding aggressively into electric and zero-emissions models of existing vehicles. While the Ford Focus is one of their best-selling cars and markets well to those interested in electric vehicles, the company believes there is new market potential in developing completely emission-less vehicles.

Growth in North America Offsets Losses in China and Europe

Ford launched the Focus fuel-efficient model of car in China during 2018. Despite this effort, overall sales in both China and Europe were down. Executives repeatedly stressed that both tariffs and unfavorable sales activity in China and Europe slowed overall growth for Ford.

In a year of no global growth in industry volume and relatively light new product action at Ford, we delivered very strong market factors. […] We delivered 45% of this in the fourth quarter alone. […] In 2019 we have planned a year of more significant product actions in growing segments.

Shanks said that Ford spent roughly $750 million in 2018 on tariff-related effects, as well as an additional $1.1 billion in “commodity costs” unrelated to tariffs. Ford also spent around $775 million in a product recall last year.

Ford made about $1.8 billion less in China year-over-year. Performance in China and Europe combined drove a year-over-year decline in revenue “and most of the other metrics.” North America generated $2 billion while the firm made just “$1.1 billion EBIT.” EBIT stands for “earnings before interest and taxes.” Ford’s credit program earned over $600 million. Shanks says, “US consumer metrics remain healthy.”

The company ended 2018 with about $23 billion in cash on hand and total liquidity well above $30 billion. As a whole, the company earned around $7 billion. Although China and Europe were loss leaders in 2018, Shanks expects them to join North America in 2019 in creating an EBIT improvement. Investors can expect an offset to improvement through investment in both AI and “mobility” markets. Autonomous vehicles are a current priority for Ford, and they are investing heavily in research there.

Tomorrow May Be Interesting For F

Ford shares took an overall loss of more than 10 cents over the course of the day. The lackluster revenue growth of 1% may spur further sell-offs in the morning. While it is typical to wait until after the markets close to give financial reports, Ford may have been wise to wait in this respect.

While politicians and pundits tout the best economy in history, stalwart companies like Ford are struggling to post overly positive results. They incurred somewhere around a quarter-billion dollars in losses as a result of layoffs (separation costs). Throughout the morass of a bad international year, they clawed profits for investors and kept ahead of the competition in the US. To top it off, their pension program remains fully funded, a figure that should be noted by the aggressive tax authorities in their home country.