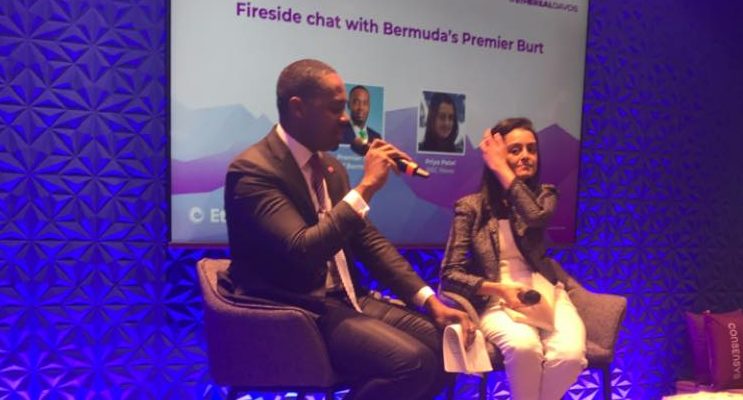 By CCN.com: It looks like the skies will be much clearer for the crypto and blockchain community in Bermuda soon. A bank that will accept blockchain and crypto companies appears to be just around the horizon.

Bermuda Premier David Burt made the announcement during a one on one interview with BBC journalist Priya Patel at the Consensys Lounge, today. This was one of the many events at the World Economic Forum in Davos, Switzerland.

The discussion featured on the importance of focusing on quality over quality over quantity when accepting businesses. This is an issue which Burt said was the main focus for Bermuda looking at crypto and blockchain companies.

I’m proud to say that next week we’ll be making an announcement revealing that a bank will be set up in the country that will start accepting crypto and blockchain companies.

A bank that accepts crypto and blockchain companies is often one of the major stumbling blocks in several countries who are looking to exploit the space. A case in point is Malta where banks are openly hostile to any crypto or blockchain company. Many industry firms are giving up on conducting business in the Mediterranean island nation.

Bermuda, which is known as being one of the world’s premier offshore financial centres, is probably well placed to make the most out of the crypto and blockchain business. CCN is also informed that the US Marshall Islands is well on its way to creating a regulatory framework for blockchain and crypto companies.

Further, sources who spoke to CCN said that Switzerland was also looking at persuading banks to accept crypto and blockchain companies. This makes senses, especially with its thriving ecosystem in the canton of Zug. A representative from Switzerland Global Enterprise said that discussions were already at an advanced stage.