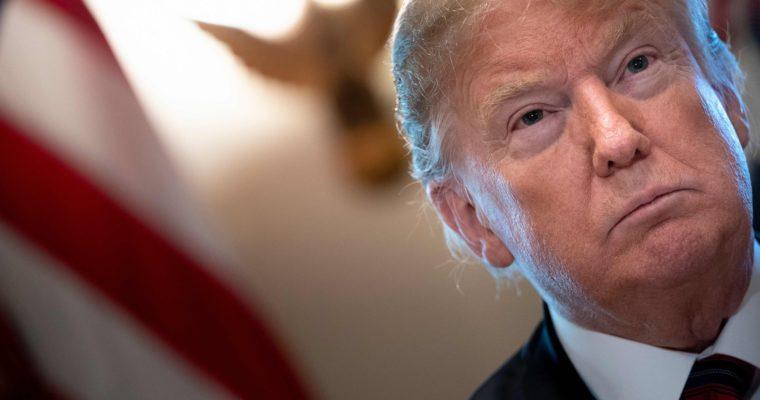 Donald Trump could soon be waging a trade war on two fronts with the EU threatening to impost tariffs on the United States. (Photo by Brendan Smialowski / AFP)

By CCN.com: Following a threat by U.S. President Donald Trump to slam taxes on cars and auto spares imported from the 28-member European Union, the EU has threatened a 23 billion dollar tariff spike on the United States.

Speaking in Brussels to the European Parliament, the director-general for trade within the EEA, Jean-Luc Demarty, said that if Trump goes back on the trade agreement on tariffs agreed in July, the Commission would strike back. In a speech delivered on Wednesday, Demarty said:

We should be ready to respond appropriately and effectively to any new trade restrictions that the U.S. administration may create for us.  We have prepared a draft list of imports from the U.S. to the value of 20 billion euros [$22.7 billion] on which re-balancing action could be taken.

The EU is prepared to reject any move by Trump to impose a 25 % tariff on automobiles and auto parts from Europe following similar tariffs that came into effect last year on steel and aluminum.

After the new tariffs were imposed on aluminium and steel last year, the EU retaliated by imposing a new tariff regime on some American goods like motorcycles, bourbon and clothing items from Levi  Strauss and co. In an attempt to stop a damaging trade war with its longtime ally which is also the world’s largest free trade area, Trump struck a deal with European Commission Jean-Claude Junker in July 2018.

As part of the negotiations, Trump agreed not to tax automotive products from the EU until they were able to reach an agreement. The EU also promised to hold off on other planned retaliatory tariffs until negotiations ended. Recently, the EC presented it’s new free-trade proposal for  the United States which features no tariffs on a wide range of products, automobiles included.

The United States is, however, conducting a probe into automobile and auto parts imports which are scheduled to end in February. Only then will the President make his move to tax imported automotive or follow the EU’s trade proposal.

Demarty is clear, however, that the EU is not being interested in any ‘managed trade solution’ as he says the Commission would take retaliatory action against the US if it decides to impose taxes on cars and auto parts. For him, the EU will continue resisting the Trump led administration as long as it continues imposing sanctions on allies in a bid to actualize their own goals alone.