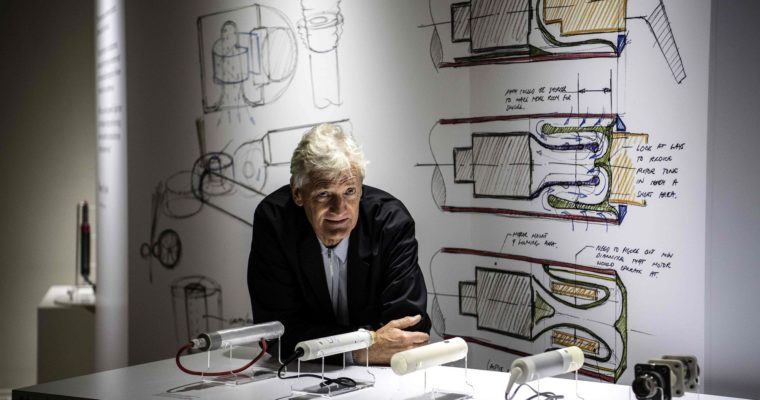 (FILES) In this file photo taken on October 11, 2018 British industrial design engineer and founder of the Dyson company, James Dyson, poses with products during a photo session at a hotel in Paris. – British electric appliance pioneer Dyson said on October 23, 2018, it had picked Singapore as the site for its first electric car plant, sparking criticism of the company’s Brexit-backing billionaire founder for not investing more in British manufacturing. Dyson, founded and owned by serial entrepreneur James Dyson, said the factory was scheduled for completion in 2020 as part of a £2.5 billion (2.8 billion euro, $3.3 billion) global investment drive in new technology. (Photo by Christophe ARCHAMBAULT / AFP)

British appliance maker Dyson Ltd has announced that it is moving its headquarters from its home country. Dyson which is 100% owned by founder Sir James Dyson, will be relocating to Singapore.

This is a blow to the UK government as it comes at a time when uncertainty over Brexit is becoming a key concern for British businesses. The billionaire founder of Dyson was one of the prominent backers of Brexit.

Decision Made with Eye on Growth Prospects in Asia

According to Dyson’s CEO, Jim Rowan, the move was unrelated to Brexit but was purely driven by business reasons, per the BBC:

We have seen an acceleration of opportunities to grow the company from a revenue perspective in Asia. We have always had a revenue stream there and will be putting up our best efforts as well as keeping an eye on investments.

While most of Dyson’s appliances including vacuum cleaners, hand dryers and air purifiers are designed in the UK, they are manufactured in Asia with Singapore being one of the Asian countries that hosts a Dyson factory. Others are Malaysia and the Philippines.

The appliance maker has indicated that initially only the billionaire founder and two executives will move to Singapore. The two executives are Martin Bowen, the chief legal officer, and Jorn Jensen, the chief financial officer. Dyson has revealed that no job positions in Britain will be eliminated.

This comes barely three months since Dyson picked the city-state as the location that will help the firm fulfill its electric car ambitions. Dyson expects to complete building an electric car plant in the city-state in 2020. Its first electric vehicle will be unveiled a year later. Dyson’s workforce in Singapore numbers around 1,100.

Part of the reason for Singapore’s attractiveness includes the fact that it enjoys easy access to key global markets. Besides being located in Asia which is one of the fastest growing markets for Dyson, Singapore has also inked free trade agreements with the European Union and the United States.

Dyson’s relocation announcement coincides with the appliance maker announcing revenue growth of 28% to $5.7 billion. Profits grew by 33% to hit $1.4 billion.

Today we announced our 2018 highlights. We invested in our future technologies and products, including a new £200m campus at Hullavington, UK. Turnover grew 28% to £4.4bn and profits grew 33% to £1.1bn, driven by growing global demand. pic.twitter.com/T9dVSk8mrq

While shifting headquarters is a minor development, it is unlikely to be greeted warmly by Brexit supporters. Already some British MPs have accused the billionaire inventor of hypocrisy, according to The Independent. This includes the MP for Oxford West and Abingdon, Layla Moran, who said Dyson’s move was demoralizing to Brexiteers:

James Dyson can say whatever he wants but he is ditching Britain. This can only be seen as a vote of no confidence in the idea of Brexit Britain.