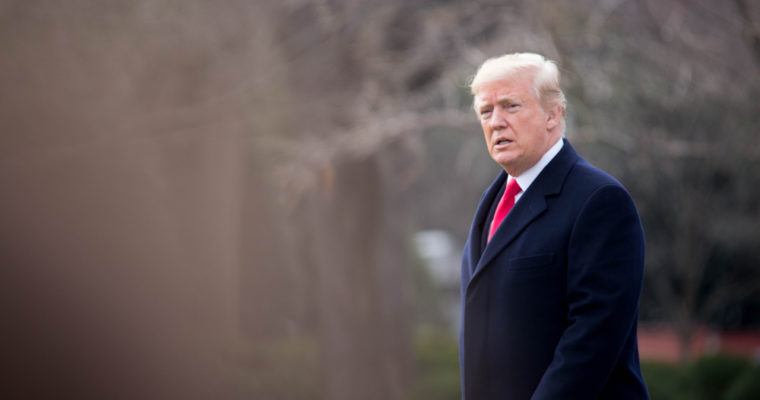 By CCN.com: On January 23, the Trump administration reportedly rejected the offer from China to send two vice-ministers to the US to continue the trade talks. The Dow Jones, which has been on a decline since January 18, may face a major trend reversal.

Following a steep decline from 25,826 points to 21,792 points in the last quarter of 2018, the Dow Jones has nearly fully recovered from the correction. But, analysts fear the lack of progress in the US-China trade deal may negatively affect the short-term trend of the Dow Jones.

According to an FT report, the plans of China’s finance vice-minister Liao Min and commerce vice-minister Wang Shouwen to visit the US and open a face-to-face discussion were scrapped by US officials.

Sources claimed that US President Donald Trump is not satisfied with the lack of efforts in addressing technology transfers and canceled the meeting with two Chinese vice-ministers.

Speaking to CNBC, President Trump’s economic adviser Larry Kudlow stated that the scheduled talks with China’s vice-premier Liu He remain unchanged and denied his knowledge of intermediate meetings with other Chinese officials.

Prior to the release of the FT report, President Trump requested China to “stop playing around” by stalling the trade deal between the two countries.

China posts slowest economic numbers since 1990 due to U.S. trade tensions and new policies. Makes so much sense for China to finally do a Real Deal, and stop playing around!

However, analysts are concerned with regard to the demands made by US negotiators to implement key changes to China’s industrial policies.

Since March 2018, the US authorities have demanded China ease its policies on foreign investors and companies through the elimination of state subsidies.

At the time, analysts suggested that the trade war between China and the US places more emphasis on the industrial policies of China rather than trade deficit.

The inability to establish a comprehensive trade deal between US and Chinese authorities seems to emerge from the disagreements on the current state of China’s industrial policies.

In an event in which a trade deal is not established by March 1, a deadline set by the US authorities, President Trump previously warned that the tariffs on Chinese exports will be increased to 25 percent.

In response, the Chinese authorities that have suspended tariffs on key US experts such as cars, have said that the tariffs will resume after March 1 depending on the progress on the trade talks.

Although the supposed cancellation of the trip to the US of two Chinese vice-ministers poses no major impact on the scheduled meeting with Chinese vice-premier Liu He, investors worry that it may increase the tension between the two countries.

The Dow Jones has already begun to react to the political tension between China and the US, demonstrating a five-day decline since January 18.

Uncertainties are Affecting the Stock Market

On Tuesday, Standard Life Aberdeen co-CEO Martin Gilbert stated that the intensifying geopolitical risk as a result of the growing tension between two of the largest economies of the world has placed the global financial market in a worse place than in 2018.

“(There’s) a lot of geopolitical risk between the U.S. and China — certainly we are in a worse place than we were a year ago,” Gilbert said.

Art Hogan, the chief market strategist at National Alliance, reaffirmed that the newly emerging hurdles in the trade talks and lower growth estimates from the IMF could slow down the global economy.

That’s confirmation of what we’re concerned about. The last thing we need is have actual data confirming our greatest fears. Now, is some of that tied to trade talks with China and could some of that dissipate if we have a deal done? Absolutely, but it’s impossible to untangle those two things right now. That’s our reality.