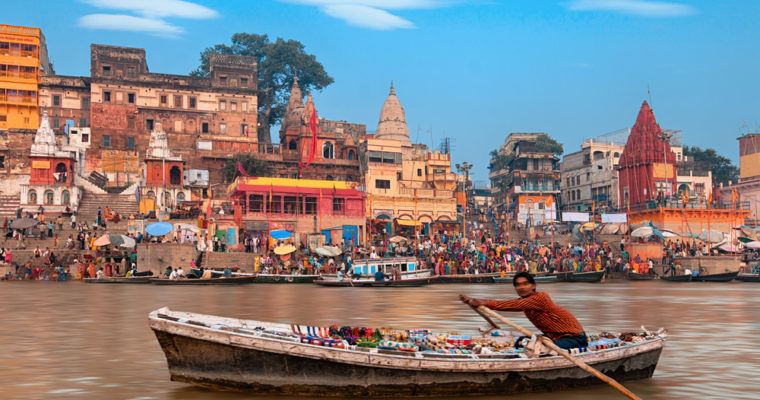 By CCN.com: A publication by accounting firm PwC has placed India on track for a 7.6 percent growth in 2019, setting a path for the country to surpass both the U.K. and France in terms of economy.

But ask any economist, and they would point towards why the coveted Gross Domestic Product (GDP) – which most people and companies take at face value – figure is an inaccurate tool for assessing data.

The crowds love it though. A lack of public understanding for intricate economic terms means “trusted” companies regularly release optimistic outtakes and predictions, the government cites and publicizes them, and citizens continue to hustle through everyday life believing that change is coming.

PwC talks about India’s enormous population and “favorable” demographics as significant factors leading the economy to eclipse the U.K. this year. The firm cites a World Bank report to validate its claims, stating India’s $2.59 trillion economy is just $25 billion lesser than the U.K.’s $2.62 trillion figure.

At the middle of this incorrect calculation is the GDP, an inaccurate economic tool used for decades to identify growing economies. The term is an expression for the value of goods and produced over time and the income generated from that period, relative to the expenditure on said goods and services.

However, there’s no mention of U.K. being relatively much smaller in size than India, having a lesser population and thus, producing fewer goods as an example. And with the above explanation of GDP in mind, it becomes immediately evident that India, a country of over a billion people, should post GDP figures in excess to that of U.K., a country with just 66 million people, as per Census figures in January 2019.

But India, a former British territory, has taken hundreds of years to come anywhere close to the U.K’s staggering growth – even with an indicator that creates an oversimplistic view of the world economy.

GDP rates measure the growth of a pie, but not necessarily how the pie is divided. A country with excess levels of crime could boast high GDP growth – in terms of more security infrastructure created to control criminals and creation of products to “replace” stolen goods; but would that be a country where businesses wish to set up offices in or the youth envisions a future in? Perhaps not.

Production but no Consumption

Indian Commerce Minister Anand Sharma had once blasted the supply chain and logistics market powering the subcontinent. He noted that 30 percent of all agricultural output failed to cross the point of origin, and of the 70 percent that did make it to a wholesaler, more than 50 percent was “lost” due to poor storage and inefficient transport networks. Nothing that PwC’s report takes note of, however.

Issues like the above are steadily being mitigated as foreign players, and domestic startups enter the market with their iterations of how an efficient supply chain should be. After all, the country’s alarming inflation rate is directly linked to a lack of organization in supply chains, with a 15-20 percent increase attributed to the fallacy alone.

But most of the profits such companies make are pocketed by investors and likely remitted to their home offices elsewhere. Sunanda Sen of the Economics Department at JNU calls this a “short-term” capital flow; consisting of foreign players pumping huge capital in Indian markets – leading to overestimated income rates – but quickly exiting their positions once profits are created. An adverse effect of such activity is that the Reserve Bank of India may not entirely hold its supposed $375 billion in foreign reserves.

It’s not like many are trusting the government’s growth figures either. Critics note businesspeople, executives, and people with higher disposable incomes are purchasing on luxury goods more than even, but foreign investment in the country has tumbled down to less than 30 percent in 2017-18. In comparison, China has experienced a 45 percent year-on-year investment rate since 2008.

Another factor that PwC’s glorified analysts fail to account for is the sheer ground reality of India. Employees crunching data over sophisticated MacBooks in air-conditioned offices with hefty paychecks are unlikely to notice the crumbling side of India’s economy – one that is marred with pothole-stricken roads dotted with bottlenecks, malfunctioning monorail systems, and increasing suicide rates in the interior regions.

Reports suggest a $190 billion deficit in the infrastructure sector for building roads and rail networks, which power the backbone of any flourishing economy. Trucks in India are also amongst the world’s slowest, and a train route between the major business cities of Mumbai and New Delhi takes 12 hours on average. Compare this to China’s train connection between Shanghai and Beijing, clocking just over 5 hours on a similar distance.

With such factors, it is imperative that optimistic figures for India’s growth are not truly representative of the actual development taking place in the nation. While GDP figures can be essential to measure tax revenues and estimate productivity, they should not be considered to account for depreciation of capital and human resources of the entire country.

Sure, the wealthiest 1 percent just grew 39 percent for 2018 compared to 2017, but they probably added to the economy by purchasing air tickets to exotic destinations and throwing extravagant bashes for occasions.

From GDP’s perspective, bigger is better. But we do know what happened to the financial sector in 2008 as it got bigger and bigger.

Meanwhile, PwC should probably go back to investing time in securing compliance procedures for its business. The firm is prohibited from auditing any listed companies in Indi until 2020, after criminal charges were levied against the entity for having a below-par fraud team and audit service.