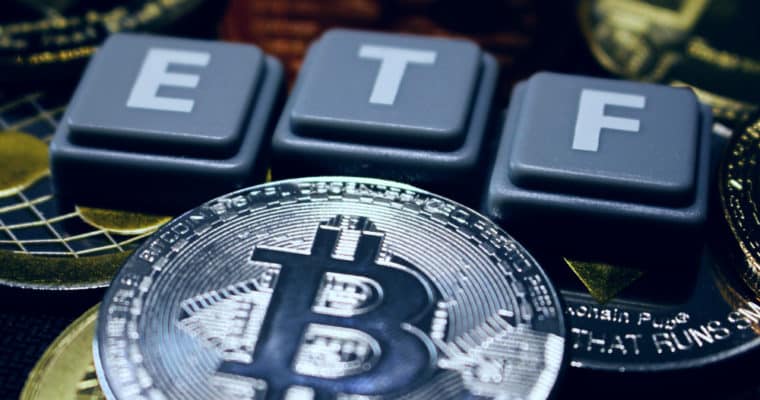 US financial advisers are waiting for the SEC to approve a bitcoin ETF before they consider investing in crypto. | Source: Shutterstock

By CCN.com: Cboe BZX Exchange has officially withdrawn their Bitcoin Exchange Traded Fund application. Filed last June, the official withdrawal of the application came in on January 22. A letter published on the SEC’s website makes the news official.

SEC deputy secretary Eduardo Aleman writes that the Cboe BZX Exchange rescinded its request for a rule change. The change would have allowed it to list shares of the VanEck SolidX Bitcoin Trust.

According to VanEck (video below, starts at 10:45), the US government shutdown led to the application’s withdrawal.

Filed last June, the ETF application was of great interest to Bitcoin traders. SEC chairman Jay Clayton insists a Bitcoin ETF is a long ways off. The very nature of cryptocurrency markets makes it difficult for the SEC to approve an ETF.

What investors expect is that trading in the commodity that underlies that ETF makes sense and is free from the risk of manipulation.

Among the companies reportedly seeking an ETF are Coinbase, Gemini, and Bakkt. The most promising of the ETF contenders, the withdrawal dashes hopes of some investors. The continued delays by the SEC led a VanEck executive to recently say in frustration:

Coinbase shitcoins OK for millions of retail investors. Bitcoin ETF for institutional investors too crazy. What f*ing parallel universe is this?

Coinbase shitcoins OK for millions of retail investors. Bitcoin ETF for institutional investors too crazy. What f*ing parallel universe is this? 🤦‍♂️🤯

According to the Bitwise Asset Management Team, most US investors are waiting on a Bitcoin ETF to get involved in the crypto space. An ETF adds a degree of validation to an industry in desperate need of it.

We recently commissioned a formal survey of 150 financial advisors, and a strong majority — 58% — said that an ETF would be their preferred way to invest. When asked what would make them more comfortable allocating to crypto in client portfolios, 54% said “better regulation” and 35% said “the launch of an ETF.” This holds true for many family offices and institutions as well.

The Bitwise team goes on to say that an actual approved ETF would only be the beginning of the process.

The day an ETF is listed is just the beginning of the journey for a new fund. […] [T]he vast majority of savings and assets in the US are managed by advisors and professionals. […] When the ETF lists, many investment committees will then begin the process of evaluating it. Research teams, private banks, and platforms will begin the process of considering offering it to clients. […]

Ten years into the cryptocurrency revolution, full regulation still doesn’t exist in most parts of the world. Many crypto firms have resorted to going to countries that are openly friendly to them, such as Malta or Estonia. Even crypto exchange giant Binance moved to Malta.

Some politicians in the US have sought to remove cryptocurrencies from the oversight of the SEC, which would free the industry up to build and flourish. Ohio has taken steps to become the US hub of blockchain innovation, even allowing taxes to be paid in Bitcoin. This reporter has openly called for a tax holiday to incentivize growth of the industry.