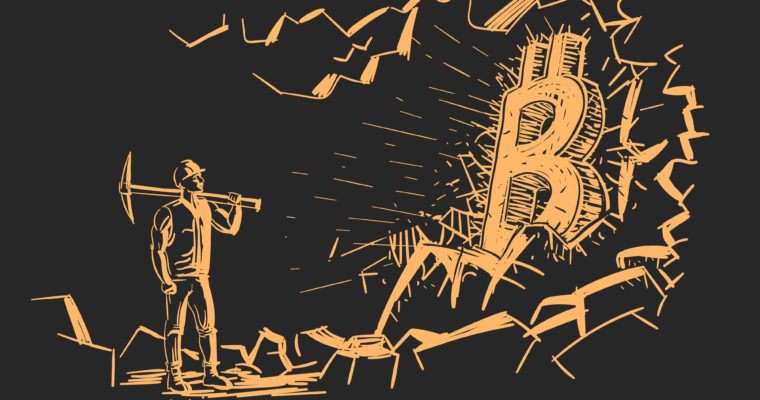 What is the real bitcoin? I really don’t care. Image: Shutterstock.

It doesn’t matter what the “real Bitcoin” is. In technology, “authenticity” is only important insofar as efficiency allows it to be.

It’s unlikely this is the first time you’ve read my work. I like to refer to myself as a cryptonaught. I am someone who has spent a serious portion of my life exploring cryptocurrencies and cryptography.

I’m here to tell you, reader, that there are several things which don’t matter anymore. Maybe they never mattered. First, I should present a limited parameter for what it takes to “matter.”

What’s Relevant and What Will Gain Mass Adoption

For the purpose of this article, what “matters” is two things: what is relevant and what will garner mass adoption.

The first thing I’d like to address is the issue of relevancy.

I submit to you that the “real Bitcoin” argument is crooked to the bone. It does not matter if Bitcoin Core or Bitcoin SV or Bitcoin Cash is the “real Bitcoin.” They all are, and they all are not. They share the transaction history of the blockchain that Satoshi Nakamoto developed. They have different use cases, design philosophies, etc. Money talks, and there are billions in liquidity in each of them. This alone makes them all matter, and neutralizes such arguments as this:

There is NO such thing as a contentious hard fork.

The protocol is set in stone. If you change it, add SegWit, add new OP_Codes, it is NOT Bitcoin.

I’ve talked to a lot of people who know a lot about markets. I will talk to a lot more. It’s part of my career. I’m blessed with access to some of the brightest minds in financial technology and cryptography. Some percentage of the time I don’t even publish these conversations or the results of them for various reasons. A common conclusion is: Bitcoin will always be volatile. That means it will never make a perfect medium of exchange.

The Tale of Three Bitcoins

I feel equipped to determine what is relevant and what is not from a philosophical perspective. Again, I state for the record: in my opinion, it is not relevant what is the “real Bitcoin.”

There are far more relevant subjects to discuss within each of these three bitcoins. In Bitcoin SV, they recently launched a messaging client that uses the blockchain. Bitcoin Cash continues to function as a widely accepted immediate alternative to Bitcoin. Bitcoin Core is all wrapped up in the developing of its scaling solution, Lightning Network. These subjects are all relevant. Arguments that any of these are “fake” are an obnoxious waste of time.

The second issue I’d like to address is mass adoption. I and others have come to realize that mass adoption of Bitcoin itself might be a fool’s errand. I no longer envision a future where everyone I know has a Bitcoin wallet and prefers it over other financial instruments. For various reasons, that’s not the way Bitcoin is working out.

What will garner mass adoption is the thing that is least alien to the next generation of users. I’m not referring here to stablecoins. In my view, stablecoins are very much a trading instrument. They should be. They’re good at what they do. They are not a cryptocurrency in the same sense that Bitcoin or Ethereum are cryptocurrencies. They rely on the central banking system that cryptocurrencies were developed to supplant.

The Future is dApps

What have I described here?

I’ve described a decentralized application (dApp). The blockchain that this emerging dApp is built on will be the one that society rewards with the most value. I believe any of the following blockchains could play host to the actual killer app. (In no particular order.)

I don’t believe anyone knows right now what category it will actually emerge within. What if it were something more serious than gaming or gambling, like water distribution? We don’t know such things today.

I do believe it will be open source. That its importance will be on the order of the Linux kernel itself. I believe that it will serve a vital function in society. And I believe it will change the landscape of the crypto market, bringing so many billions flooding in that, hopefully, such irrelevant and farcical arguments as “true Scotsman”-style fallacies we see between various kinds of Bitcoin developers today will seem silly to even those who engage in them today.

There are dozens of companies worth more market capital than the entire cryptocurrency market. As a financial instrument, it offers qualities that attract a certain type of investor. This is only step zero in the process of the blockchain revolution. Real-world applications that cannot be properly done without the blockchain are step 1.

If I said I knew what step 2 was, I’d have some kind of motive. I reckon that anyone who can tell you what step 2 is, from where we are today (with no massive adoption), has a suspect motive. Technology doesn’t develop in a vacuum.

The most successful technology adapts to markets and the needs of society. Blockchain will be no different in this respect.

The childish elements of our culture are nice and entertaining, but at a certain point, they’re holding us back.