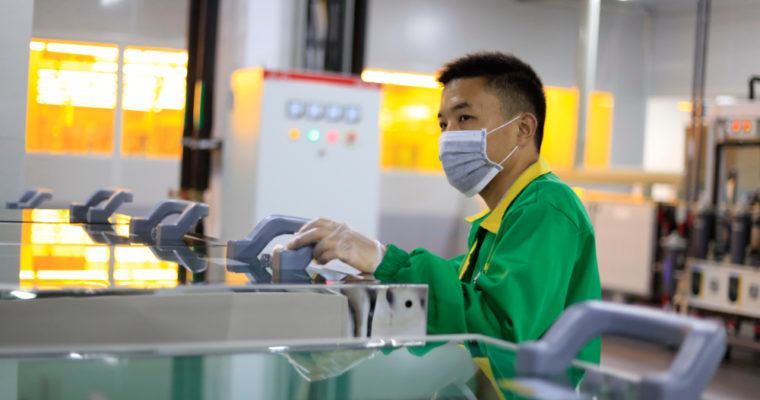 By CCN.com: Foxconn, one of Apple’s largest suppliers, has refuted allegations that it is preparing for mass layoffs. Instead, the Taiwanese-based contract manufacturer has said that it has over 50,000 open positions in China for which it is trying to recruit this quarter.

In a stock exchange filing reported by Reuters, Foxconn indicated that the reported changes in employee headcount were normal adjustments necessitated by client needs and its global strategy.

Last week media reports claimed that since October last year, Foxconn has sent home 50,000 contract employees in China. According to the reports, this was months earlier than is usually the case.

While Foxconn has refuted the reports of downsizing, its overdependence on Apple (it generates roughly 50% of its revenues from the iPhone maker) has seen its fate closely tied to that of the tech giant. Thus, when Apple experiences a slowdown, this also translates to reduced sales for Foxconn.

As an example, when Apple revised its revenue guidance downwards earlier this month following a sales slowdown in China, Foxconn also reported a decline in revenues. The reduced activity at some of its Chinese plants saw some temporary workers leave voluntarily. This was due to diminished overtime opportunities, lack of weekend work and canceled or trimmed peak season bonuses.

Other Apple Suppliers in Asia Affected Too

Foxconn is not the only Apple supplier in Asia that is feeling the effects of reduced demand for the iPhone maker’s products though. Last week CCN reported that other suppliers including Taiwan Semiconductor Manufacturing Co (TSMC) had also been negatively affected. Quarter-on-quarter TSMC has estimated that revenues will decline by 22% while they will decline by 9% year-on-year.

Like with other Apple suppliers in Asia, analysts at Bernstein Research blamed this on poor sales of the iPhone:

We think the current major slowdown at TSMC is mainly due to lackluster iPhone sales, and we forecast that TSMC could only grow some 0.5% for all 2019, but would resume growth of around 9% for 2020.

Apple CEO Tim Cook has largely blamed the sales slowdown in the company’s second largest market after the U.S. on the trade war between the world’s two biggest economies. This has seen some Chinese retailers resort to offering heavy discounts on Apple’s products. JD.com, China’s second-largest online retailer after Alibaba, JD.com, has, for instance, cut prices of the iPhone XR, by nearly 20%.

The gloomy revenue outlook for the foreseeable future has seen Apple’s stock plunge by over 30% since October’s record high.