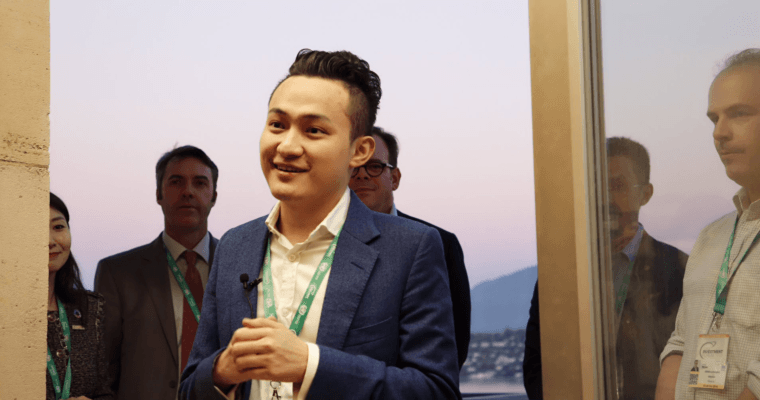 By CCN.com: Tron founder Justin Sun is out to prove that crypto is not a scam ― despite hyperbolic emotional protestations by haters that it is.

To this end, Sun hired a former SEC employee to be the first compliance director for Tron, a blockchain platform for supporting smart contracts and high throughput.

Sun believes that tailored regulation will promote the mainstream adoption of cryptocurrencies by stamping out con artists.

We want to make sure we’re fully regulated in not only the United States, but also China, Korea, and Japan in the future.

Blockchain is like a new operating system. We believe the world will need to embrace the blockchain. And we’re very optimistic about how it will be regulated.

The SEC, I think, also sees the blockchain as a good opportunity for innovation in the United States. I’m hoping that this year the SEC will license and regulate coin-based exchanges. This year will be the year of full regulation.

Sun made the remarks at the NiTron Summit in San Francisco on January 18. At the conference, Sun shared the stage with NBA Hall of Famer Kobe Bryant, where the two discussed the challenges of entrepreneurship.

Justin tweeted an amusing photo of himself with the retired NBA superstar holding a Tron mascot wearing a Los Angeles Lakers jersey.

It was amazing to talk about our shared values. Let’s continue to wake up every day doing the things we love! @kobebryant #TRON #MambaMentality pic.twitter.com/WI6m6OvkeK

Justin Sun is only 28-years-old, but his ambitions are huge. He really wants blockchain and crypto to go mainstream.

One of the ways he hopes to do this is by launching the BitTorrent Token (BTT) on the Binance Launchpad. BitTorrent is a peer-to-peer file sharing protocol that boasts 100 million users in 138 countries. Sun acquired BitTorrent for $126 million in July 2018.

BitTorrent was recently rocked by unflattering allegations from a former Tron executive, who trashed the project.

But that’s not the biggest scandal that Tron has suffered. In June 2018, CCN broke the news that Tron had plagiarized code from Ethereum and other projects and changed the file names to make it hard to identify the source of the code.

Sun has called the plagiarism scandal a “misunderstanding.”

Meanwhile, Sun brushed off these setbacks and is charging ahead because he believes 2019 will be a watershed year for the crypto industry. Specifically, he believes that video games will help bring blockchain into the mainstream and decentralize the Internet.

“The first application of the blockchain is for games,” Sun told VentureBeat. “Most people don’t know that.”

They’ve even said that blockchain doesn’t have any use for games. But if you look at the Tron blockchain, games are tremendous there.

We have three to five application uploads into the Tron network every day. That’s why I was talking about 2,000 apps this year in my speech. We see massive adoption.”

Sun: Games on Tron Give Control to Players

Sun says most of the blockchain games on the Tron network are democratized because they give rights back to the players.

“You can own your own custom characters,” Sun explains. “You can sell those custom characters to other players, or trade with each other. Meanwhile, developers feel inspiration because they can control their own games.”

In contrast, Sun says if you publish your video game on Android or iOS, it’s controlled by Google or Apple.

“They take their cut and they control your publishing,” Sun noted. “They can delete your game if they want to. But for Tron right now, you can build your traffic volumes and you don’t have to pay a middleman to distribute your game.”