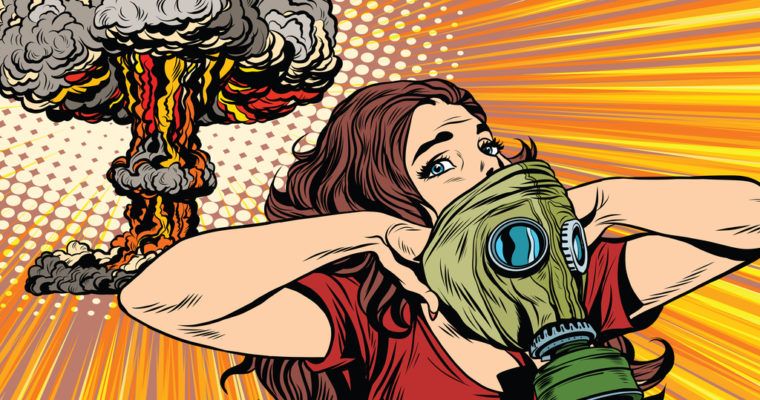 Tesla stock and Elon Musk have one thing in common – they’re both manic depressive.

Tesla Stock Has Been Volatile in Recent Years

Volatility surrounding Tesla Inc. is making it ‘extremely challenging’ to come out with a coherent trading strategy for the stock at the moment, analysts at Morgan Stanley said in a note Tuesday.

The note, written by known Tesla bulls, “addressed several concerns swirling about Tesla, including Chief Executive Elon Musk’s recent behavior on Twitter and news the company had asked some suppliers for discounts.”

That was shortly after Elon Musk got into a public spat with a British diver on Twitter over the best way to rescue 12 Thai boys and their coach who were trapped in a mine (drawing international attention to their plight), and called the British diver a “pedo guy.”

Later, he tweeted he was surprised the guy hadn’t sued him yet.

The stock price of Tesla did feel the shock wave of that ill-advised tweet, but rallied and overtook its previous peak in a matter of days. Which left Tesla traders about a month’s respite until the stock went through another brief panic sell-off in September when Elon Musk took a puff off a joint on the Joe Rogan podcast streaming live to YouTube.

(To me it looked like Musk smoked it the way Bill Clinton claims he did, but no one at NASA asked my opinion in their subsequent investigation of Elon Musk’s space enterprises.)

But the stock rebounded again by the end of October.

If you are investing in Tesla on the basis that Elon Musk is a completely flawless, one hundred percent perfect person, maybe even like a perfect super intelligent robot android from another planet, who never makes mistakes or does anything stupid, then after events like this is a good time to panic and sell shares of Tesla.

But apparently a lot of people are not investing in Tesla on that basis, and were happy to get that Tesla stock at a discount, buying it right back up again nearly to its previous peak by December.

After Tesla announced a layoff of 3,000 workers from its 45,000 employee company, its stock took a dive. Is Wall Street becoming politically correct? What ever happened to the good old days when investors rewarded companies with higher stock prices for trimming the fat?

That’s how CEO Jack Welch turned General Electric from a dinosaur legacy operation that had run its course to 4,000% growth in its stock over twenty years. He created a very competitive environment at GE, fired the worst performing workers and managers, and canceled the least important projects to cut costs and focus on operations that bring growth.

People may have complained about his methods as heartless and cutthroat, but their money didn’t. When Merck cut 8,500 jobs in 2013, its sharse rose 2% on the news. Have we suddenly reached a critical mass of politically correct millennials day trading or something?