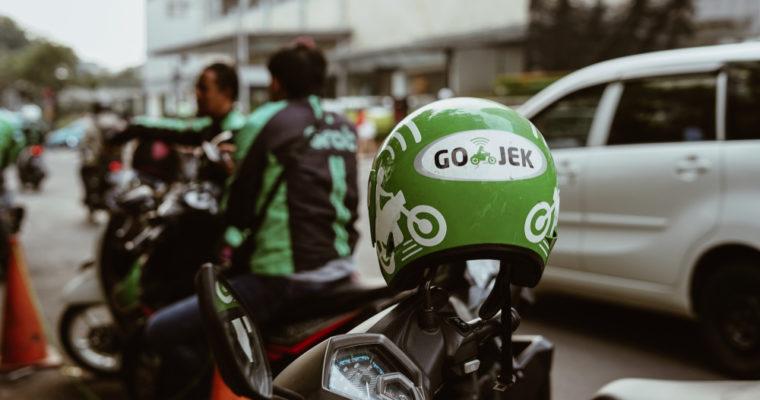 By CCN.com: On Jan. 18, after an unsuccessful attempt to enter the Philippines market earlier this month due to foreign ownership concerns, Go-Jek, a major Indonesian ride-sharing platform has announced a partnership between with Coins.ph, a local crypto wallet and payments platform. The Filipino firm is currently in the process of rolling out beta access to users in the waiting list for Coins Pro, its in-development cryptocurrency exchange.

Go-Jek has made a “substantial investment” in the FinTech firm, with which it has acquired the majority stake in the business of Coins.ph. According to unofficial sources, the transaction cost the company $72 million — its largest to date.

Since its launch in 2011, Go-Jek has grabbed the attention of over 5 million Indonesians and is processing over 6 million transactions on a monthly basis. Coins.ph was launched in 2014 and has attracted $10 million from investors through two venture and two Series A funding rounds.

Go-Jek has Some Foreign Ownership Issues

The Indonesian tech giant, backed by the likes of Tencent and Google, has been attempting to penetrate the Southeast Asian ride-sharing market but experienced a backlash in the Philippines.

Martin Delgra, chairman of the regulator, said in an interview for Reuters that the company’s unit:

“did not meet the citizenship requirement and the application was not verified in accordance with our rules.”

According to the regulator, Go-Jek’s subsidiary is fully-owned by the company. On the other hand, Singapore-based Grab, a direct competitor to the firm and a major player in the Southeast Asian ride-hailing market complies with the local limitations on foreign ownership.

Velox’ application for a permit to operate a ride-sharing service in Manila was filed in August — slightly before a regulatory change which limited foreign ownership of ride-hailing services to 40%.

Go-Jek’s app is a one-stop platform through which users can order food and various services as well as conduct online payments. Investors have put over $3.3 billion in the company, and this drawback is highly unlikely to last for long, especially with giants like Google behind its back.

Not Exclusively for Go-Jek

Rene Santiago, president of Bellwether Advisory and a transportation expert in Manila,  commented:

“Homegrown firms are not making a dent on early-player Grab, because the cars they can enroll now have to go thru the LTFRB’s filtering hurdles.”

Moreover, the Philippines Department of Transportation has put a limit of the number of registered ride-sharing vehicles to 65,000, more than 37,000 of which are already taken by eight firms.

Less than two weeks after the news about Go-Jek’s application rejection, on Friday, the company announced the acquisition of a Philippines-based cryptocurrency wallet and payments services app Coins.ph with a bold statement:

“To support Coins.ph in its rapid growth to meet the financial needs of all Filipinos.”

On the Filipino-based platform, users can use buy Bitcoin, Bitcoin Cash, and Ethereum and use crypto to da various online payments such as payments of bills. The company has started to roll out beta access to its in-development cryptocurrency exchange Coins Pro.

According to Ron Hose, CEO, and co-founder of Coins.ph, the crypto wallet was about to initiate new funding round when the opportunity to partner with the Indonesian giant’s payments unit Go-Pay presented itself. He added:

“We are very proud to showcase the success of Philippine startups. In just a few years, our team has been able to build a scalable service extending financial services to millions of Filipinos.”

Go-Pay has grown significantly since its launch in 2016 and accounts for over half of the transactions on the Go-Jek platform. After the deal has closed, the crypto wallet company will continue to operate as usual while leveraging Go-Pay’s years of experience and resources.

“We are humbled to take part in the country’s digital payments transformation, through technology and empowerment of fintech small-medium businesses. […] Today’s announcement marks the start of our long-term commitment to the Philippines and a continuation of our mission to use technology to improve everyday lives and create a positive social impact.”

Whether or not Go-Jek and Coins.ph will deliver on their bold statements only time can tell. Above all, the Indonesian tech giant has not given up on the Philippines market.