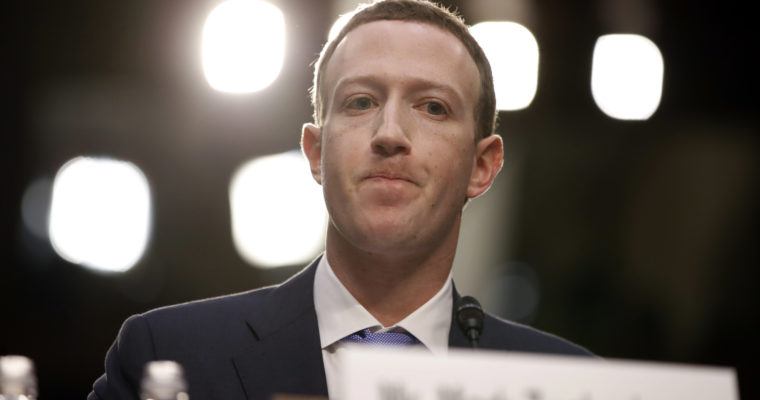 Mark Zuckerberg-led Facebook could be on the receiving end of the largest fine in FTC history. | Source: AP Photo/Alex Brandon

The US Federal Trade Commission is considering slapping Facebook with a “record-setting” fine for its epic data-breach scandal.

The social media monopoly is accused of violating user privacy by selling their personal data to third parties without their consent — for years.

The Federal Trade Commission has been investigating Facebook since last year amid bombshell revelations that it failed to protect the privacy of its two billion monthly users.

The FTC’s job is to protect consumers and curb anti-competitive business practices, such as monopolies. The agency has not yet concluded its findings. However, sources say things are not looking good for the social media giant.

There was speculation that Facebook violated a 2011 consent decree under which it had agreed to get user permission before sharing their data with third parties.

Many users were outraged when they found out that the company had been secretly selling their personal data to third parties without their consent.

At the time, the social media giant denied any wrongdoing, but the fallout came fast and furious.

Actor Will Ferrell and Playboy magazine deleted their accounts, saying they were disturbed by Facebook’s misuse of user data.

“It’s not a political statement and I didn’t do this because someone dared me to do it,” Musk tweeted. “Just don’t like Facebook. Gives me the willies.”

It’s not a political statement and I didn’t do this because someone dared me to do it. Just don’t like Facebook. Gives me the willies. Sorry.

There have been other repercussions. As CCN reported, Facebook has been aggressively trying to expand its blockchain group amid speculation that it might launch its own cryptocurrency.

To this end, the firm has been trying to hire crypto engineers, product managers, academics, and legal experts. However, Zuckerberg and company have been having a lot of trouble with their recruiting efforts because the social network’s reputation was so damaged by the data-privacy scandals.

Amid volcanic backlash, Facebook CEO Mark Zuckerberg apologized, but Facebook’s reputation has never been the same.