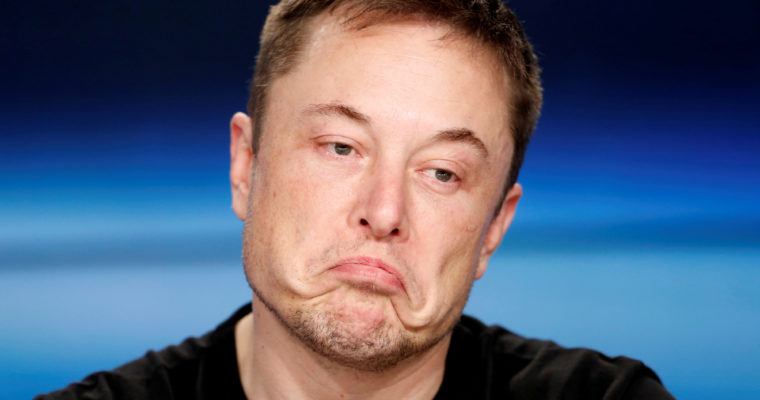 Billionaire Elon Musk must be feeling the heat now that General Motors appears on track to surpass Tesla to become the most valuable US car maker for 2019.

The drop occurred shortly after the electric car manufacturer announced that it will cut 7% of its workforce to reduce costs and increase production of its Model 3 line.

Meanwhile, General Motors stock climbed on Friday. As of this writing, GM shares were trading at $38.60, up almost 1%. And GM’s market capitalization was $54.5 billion — slightly above Tesla’s.

The stock has been buoyed after GM revised its 2019 earnings estimates up, citing its exit from the struggling European auto market.

GM also plans to launch an all-electric Cadillac to compete with Tesla, which so far has cornered the electric vehicle market.

Jefferies analyst Philippe Houchois tells Bloomberg that Tesla is still the leader in the electric vehicle industry. He said Elon Musk’s decision to focus on ramping up production on the Model 3 was a smart move that could boost the company’s bottom line.

Meanwhile, both companies are tiny compared to Toyota, whose market cap tops a staggering $202 billion.

Elon Musk: I Welcome Any and All Competition

Elon Musk has said that he’s not concerned about competition from other car manufacturers. If anything, he says fierce competition will advance his ultimate goal of promoting the widespread use of electric cars.

“The whole point of Tesla is to accelerate the advent of electric vehicles,” Musk told “60 Minutes” in December 2018.

If somebody comes and makes a better electric car than Tesla and it’s so much better than ours that we can’t sell our cars and we go bankrupt, I still think that’s a good thing for the world.

Meanwhile, his company is still doing its thing — innovating and fine-tuning its cars.

Model 3 acoustic testing. To make the drive experience as quiet as possible, our engineers simulate road environments in an echoless chamber in order to identify the source of vehicle noise and minimize it pic.twitter.com/Ro2UuyHbbT

With two motors that digitally control torque to the front and rear wheels, Model 3 All-Wheel Drive provides superior traction and control in all weather conditions pic.twitter.com/2g45SXy0Qs