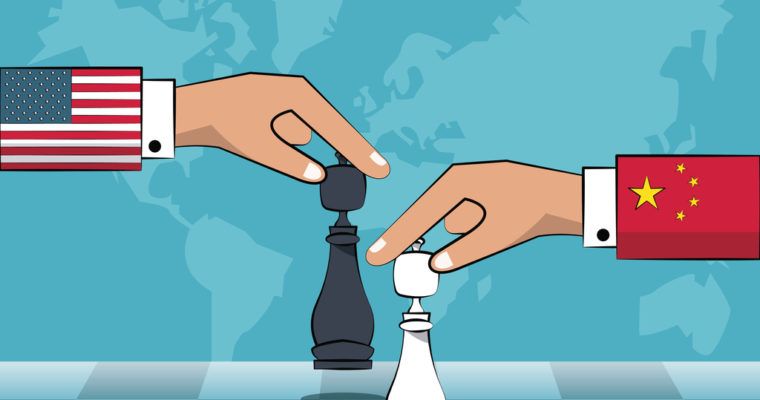 The Dow Jones saw a bump after reports that the US was easing tariffs on China, though later reports disputed that the trade war was winding down. | Source: Shutterstock

Led by the Dow Jones Industrial Average, the stock market rocketed after reports that the US was to begin lifting tariffs imposed on Chinese imports. However, the market pared those gains after subsequent reports indicated that no such plans had been made.

Is the Trade War Over?

The Wall Street Journal, citing people familiar with the matter, reported that US Treasury Secretary Steven Mnuchin had discussed lifting some or all of the tariffs on Chinese imports. Moreover, the publication suggested that a tariff rollback could be included in the next round of US and China trade discussions set for January 30.

Later this afternoon, a Treasury spokesperson told CNBC that no such recommendations had been made. The Wall Street Journal report also said that Mnuchin had opposition from U.S. Trade Representative Robert Lighthizer.

Neither Secretary Mnuchin nor Ambassador Lighthizer have made any recommendations to anyone with respect to tariffs or other parts of the negotiation with China. This an ongoing process with the Chinese that is nowhere near completion.

The trade war might not be over yet, but the sudden hike in the US stock markets is an indication of the trades that are being held back by some uncertainty over tariffs and deliberations.

The good news is the reaction shows how much of a headwind the trade situation is on the market right now.

It’s like coiled spring ready to react to a whiff of good news. The bad news is it needs to be more official and less floated.

Industrial shares reacted positively to the news — Caterpillar spiked 1.5% and Boeing 1.86%. Both stocks are considered bellwethers in the markets.

Elsewhere, earnings reports from big banks are mixed. Morgan Stanley has reported lower-than-expected quarterly profits. Yesterday, the Dow Jones was buoyed on Goldman Sachs gains of 9% after its higher than expected fourth-quarter earnings.