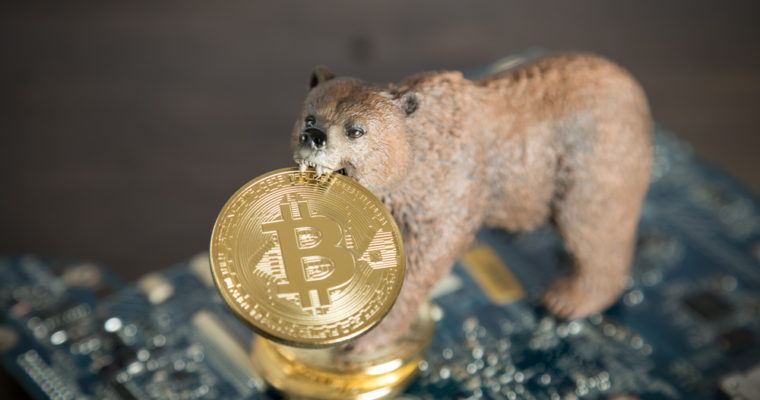 Since January 14, subsequent to a minor correction, the crypto market has added $6 billion to its valuation as the Bitcoin price maintained stability.

While many cryptocurrencies, especially low market cap tokens fell substantially earlier this week, Bitcoin remained in a tight range between $3,400 to $3,600.

How Bitcoin is Able to Retain Dominance

The abrupt decline in the valuation of the crypto market on Monday was largely triggered by the weakness in the short-term price trend of small digital assets.

In the last four days, Bitcoin has barely moved at all, demonstrating a high level of resistance below the $3,500 mark.

Luke Martin, a cryptocurrency technical analyst, said that the breakout of the Bitcoin price above $3,700 could allow the dominant cryptocurrency to record a promising short-term price movement in the days to come.

“BTC battling to reclaim the range all week. If price can get back above $3,700 I’m more excited about alt positive momentum continuing,” Martin said.

Bitcoin remains as the only major cryptocurrency to be able to sustain a certain level of stability in a period of extreme volatility and uncertainty.

Reports suggest that the fundamentals of the asset have allowed it to outperform most crypto assets in the global market.

In many areas including hash rate, developer activity, transaction volume, and trading volume, Bitcoin has easily surpassed its competitors throughout the past 12 months.

A recent report released by Charlie Humberstone at a cryptocurrency market data provider CryptoCompare revealed that Bitcoin-related articles accounted for 42 percent of all cryptocurrency-related coverage.

As always Bitcoin kept chugging along, gaining a larger share of the news coverage from the growing number of ‘bear market casualties’. Bitcoin-related articles reached a peak of 42% by the end of the year. Blockchain articles too maintained their prominence — peaking at nearly 20% of articles in May.

During a bear market, the valuation of many cryptocurrencies and blockchain projects drops substantially. While the decline in valuation makes it cheaper for new companies entering the cryptocurrency market to acqui-hire, it also reduces the costs that incur when initiating various types of attacks on blockchain networks.

Last week, for instance, Ethereum Classic suffered a 51 percent attack which led to the loss of over $1 million.

Throughout the months to come, until the cryptocurrency market recovers, Bitcoin is expected to outperform most crypto assets in the space due to its strong fundamentals.

According to ATHCoinIndex, Bitcoin has outperformed the top ten largest cryptocurrencies in the global market by significant margins since the start of a bear market in early 2018.

The cryptocurrency market is generally expected to demonstrate a high level of volatility in the days to come. But, until the market establishes a proper bottom, analysts expect low market cap tokens and low volume cryptocurrencies to extend their losses against both Bitcoin and the U.S. dollar.