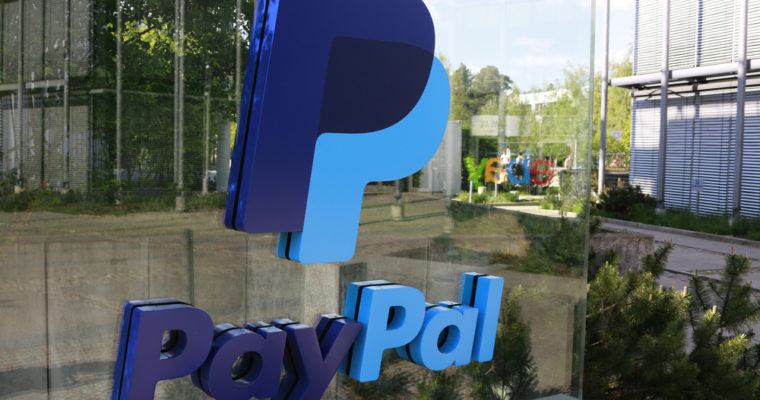 PayPal has announced a plan to help federal workers impacted by the US government shutdown. | Source: Shutterstock

Dan Schulman, the president and CEO of PayPal, said that the fintech giant would provide federal employees affected by the partial US government shutdown with an interest-free $500 line of credit.

PayPal to Dole Out $25 Million in Interest-Free Cash Advances

Schulman says the private sector is “in a position to help” the 800,000 federal workers who missed a paycheck on Friday.

PayPal is offering an interest-free cash advance up to $500, the equivalent of one week’s take home, for any existing or new PayPal Credit customers who are federal employees and are struggling to make ends meet.

PayPal has pegged up to $25 million in “interest-free cash advances.” This, to “help federal government employees pay for food, gas and other everyday necessities.”

The action is commendable and seems more than the US government is doing to ensure furloughed workers can afford necessities.

It’s also a savvy move by PayPal which will gain from the marketing and brand building behind the initiative. It’s likely to gain a few new customers. They might eventually use PayPal Credit and pay interest like PayPal’s other users.

But if it helps government workers in the short-term and keeps the struggling homeowners and renters away from less credible lines of credit – why not?

PayPal is committing to fund $25 million of interest-free cash advances to help U.S. federal government employees. I feel this is neither a red or blue issue; it’s a red, white & blue issue. Please help us spread the word & thank you for sharing. https://t.co/HB4yvvZfq9

Schulman says the initiative is not “fuelled by politics.” But, there have been questions as to whether the CEO would run for US president in 2020. He certainly has his own political views, and PayPal does take a stand on political issues. Its users, for instance, aren’t allowed to buy or sell firearms through the service. And, PayPal halted expansion into North Carolina after the region restricted rights to the LBGT community.

I have thought deeply about the state of our world and I think it’s incumbent upon business leaders to take stands for the values their companies stand for.

Of the government shutdown today, he writes:

As we wait for our political leaders to find a path forward, there are now hundreds of thousands of Americans who are hurting and don’t know when their next paycheck is coming.

Brenner Stiles, a furloughed federal employee, says she’s been in “survival mode” during the ongoing shutdown. “It just seems like federal employees are utilized as pawns in American politics.” https://t.co/JUWP3WT0sg pic.twitter.com/KahBGqoY1E

Even in times of great technological advancement and relative economic stability, an alarming number of Americans are being left behind.

There are signs to indicate that PayPal is gearing up toward new marketing endeavors. It has very recently hired Allison Johnson as executive vice president and chief marketing officer. She reports directly to Schulman.

The payments company hasn’t had someone in the same role since 2013. Johnson was previously Apple’s vice president of worldwide marketing communications, and there have been hints this week of a new global marketing campaign for PayPal.

PayPal Shares on the Move?

TradingAnalysis.com founder Todd Gordon this week predicted a breakout for PayPal shares, currently up over 8% and near their all-time high:

The stock’s been acting extremely well on a volatile tape here in the last several months, and it looks like we’re set to move above resistance.

Gordon expects PayPal shares to break through the $100 per share threshold.

Although a skeptic might suspect a marketing ploy by PayPal, it has offered assistance to furloughed workers in previous shutdowns. Dan Schulman’s corporate moral and social conscience is also clear from his prior actions. The offer might help, and it’s certainly no worse than 800,000 federal workers being held hostage due to a spat between President Donald Trump and congressional Democrats.

Sources close to Trump suggest that strong US stock market performance during the shutdown may even be holding him back from ending it.