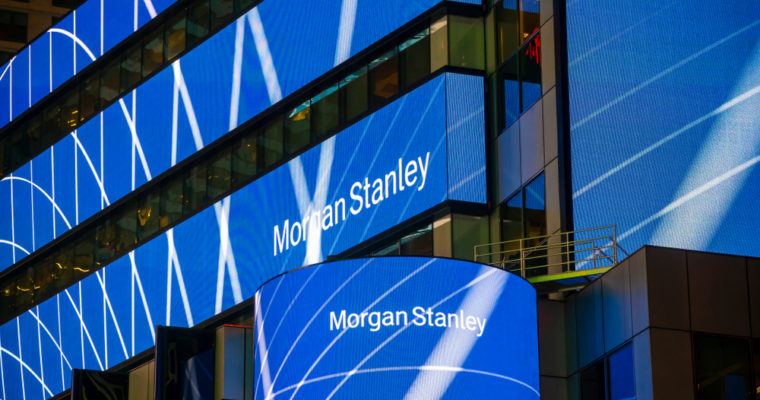 According to Bloomberg, the Wall Street firm recorded a drop of 30% in bond-trading revenue from $808 million a year ago to $564 million. This was well below the $823 million that analysts had been expecting. Morgan Stanley blamed this on “unfavorable marketing making conditions.”

Additionally, net revenues for the fourth quarter fell to $8.5 billion from $9.5 billion recorded in a similar quarter a year prior.

After the announcement, Morgan Stanley’s stock fell by over 5% to below $42. The stock has slightly recovered to above $43 thanks to a massive stock rally that saw the Dow rise 250 points.

But while Goldman Sachs recorded an 18% drop in fixed income revenues, it beat analysts’ estimates with regards to earnings per share. This sent the stock soaring at the time, as CCN reported.

On a positive note, a dealmaking boom saw advisory revenues rise from $522 million to $734 million. This beat the average estimate of approximately $605 million.

Net income also nearly doubled. This was largely because, in the same period a year ago, the firm had taken a charge following the tax legislation overhaul in the US:

On average, analysts had been expecting a net income per share of $0.89 on revenues of approximately $9.24 billion. Shareholders will receive a quarterly dividend per share of 30 cents payable mid next month.