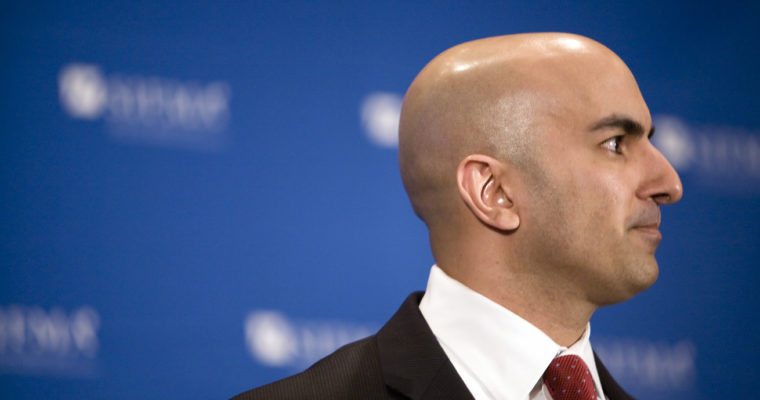 Though the stock markets are exhibiting “nervousness,” says Kashkari, investors have to figure out what to do next.

We are not here to protect investors from losses. This is a capitalistic economy we live in and if investors take risks, they should bear the consequences of those risks.

We pay attention to the stock market.

No Reason to Apply Economic Brakes

I don’t see any reason that we need to tap the brakes pre-emptively on the economy, let’s let the job market continue to strengthen and wages and inflation pick up and we can always raise rates then.

The appropriate response is to be patient in adjusting the stance of policy and to wait for greater clarity about the direction of the economy and the risks to the outlook.

After a slew of interest rate hikes in 2017 and 2018 and a declining equities markets at the end of 2018, the US Federal Reserve took the pressure off the markets early this January. Federal Reserve Chair Jerome Powell said:

We will be patient as we watch to see how the economy evolves.

The markets responded, with five days of consecutive gains.

Kashkari’s comments on investors come in defense of US President Donald Trump’s attacks on the central bank. He says the Federal Reserve is “united” in its independence and focus on data.

I hope the people over at the Fed will read today’s Wall Street Journal Editorial before they make yet another mistake. Also, don’t let the market become any more illiquid than it already is. Stop with the 50 B’s. Feel the market, don’t just go by meaningless numbers. Good luck!

Federal Reserve Chair Powell knocked back Trump’s criticisms as the market struggled in late 2018, saying he would not resign. The Federal Reserve is an independent body, and despite Trump’s comments, he cannot fire Powell or force him to quit.

With further interest rate hikes in the near future now very unlikely, investors appear more confident despite other concerns. The Dow Jones Industrial Average ended the day up 141 points or 0.59%.