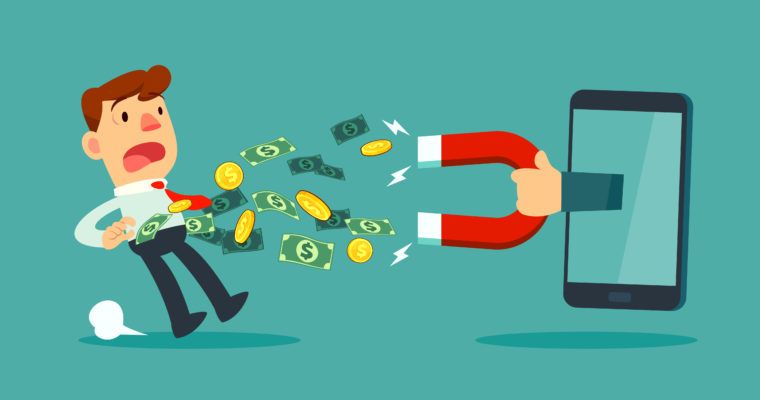 DX.Exchange, the new kid on the crypto trading block that offers tokenized versions of Nasdaq-listed US stocks (powered by Nasdaq’s Matching Engine Technology), has some questionable, even sketchy ties with a shuttered binary options trading platform based in Israel.

Limor Patarkazishvili owns the much-applauded crypto platform DX.Exchange, CCN has learned. Who is Patarkazishvili? She previously owned 90% of the shady binary options platform SpotOption until it shuttered earlier this month.

Its most recent claim to fame is having co-sponsored a crypto summit with none other than the financial media giant Bloomberg – last month.

SpotOption was a binary-options-software provider based in Israel. According to the Times of Israel, it was one of more than 100 firms that scammed countless customers around the world.

Binary options are not by nature a scam, but the Israeli market for them was so rife with fraud that the government decided to ban the industry last January.

Founded in 2010, SpotOption enjoyed meteoric growth over the next five years. Indeed, it processed so much volume that its CEO Lee Elbaz bragged in a 2015 interview, “We are the industry.”

SpotOption provided back-end services to at least 300 global affiliates, many of which were based in Israel. It also provided white-label products that other firms would brand and market as legitimate binary options products.

While the business looked legit from the outside, it was a murky cesspool of rampant fraud behind the scenes. As Times of Israel reporter Raoul Wootliff noted:

Fraudulent Israeli binary options companies ostensibly offer customers worldwide a potentially profitable short-term investment. But in reality — through rigged trading platforms, refusal to pay out, and other ruses — these companies fleece the vast majority of customers of most or all of their money. The fraudulent salespeople routinely conceal where they are located, misrepresent what they are selling, and use false identities.

SpotOption made worldwide headlines in January 2018, when the FBI raided its offices in Israel in pursuit of Yukom CEO Lee Elbaz.

Yukom was one of the many brokers using SpotOption’s software. The FBI had built a strong enough fraud case against Elbaz to get cooperation from local law enforcement.

In September 2017, Elbaz faced an indictment from a US federal grand jury. Accused of conspiracy to commit wire fraud and three counts of wire fraud for trying to defraud investors in the United States and around the world through a sham binary options scheme, she was arrested entering the United States. Her case is nearing its conclusion.

In October 2017, SpotOption drew volcanic backlash amid bombshell revelations that the Israeli government had given SpotOption over $270,000 in grants to expand its operations to China. Shockingly, the Israeli Economy Ministry granted the loans even after legitimate warnings about SpotOption’s industry.

At its height, SpotOption claimed it conducted over $5 billion in volume per year. SpotOption’s revenue claims have never been verified.

A closer examination shows that SpotOption was a warped wheel with rotting spokes, beginning with its founder, Israeli businessman Pinchas Peterktzishvilly (also known as Pinhas Patarkazishvili). He usually goes by the nickname Pini Peter.

In 2005, Pini Peter forged signatures to help embezzle 254 million Shekels (around $68 million) at TradeBank.  Israeli courts convicted him in 2007.

SpotOption’s co-founder is a self-professed Israeli crypto advocate named Oren Shabat Laurent. He has been in trouble for hiring experts to help mask the way both SpotOption and his own company, Banc De Binary, used affiliates and brokers to facilitate the billions of dollars gleaned in their fraud scheme.

In the US, being convicted of financial crimes typically bars you from most financial industries. In Israel, it seems Peterktzishvilly had no problem launching SpotOption five years after his conviction and growing it to a $5 billion annual business.

Interestingly, the Israeli binary options industry defrauded clients abroad, rather than at home. The source who tipped CCN off to this story is an Israeli cryptocurrency enthusiast.

In mid-2017, amid public clamouring for regulation or dissolution of the binary options industry in Israel (largely thanks to criminal charges filed against multiple binary options traders in the US), Pini Peter gave the majority of his stake in SpotOption to his wife, Limor Patarkazishvili.

He must have realized that a shake-up was on the cards, since his offices had been raided, and he had seen colleagues get arrested.

SpotOption no longer runs a binary options business. In fact, the business does not seem to be running at all, according to NotOpening.com. The last time the site appeared operational was in December 2018, when it looked like this:

We have taken the necessary steps to align with local regulations. We are an Israeli financial technology provider, and as such we will always adhere to the requests of local regulations put in place by the Israel Securities Authority.

A good Samaritan in Israel tipped CCN off as to the ownership of DX.Exchange. DX.Exchange is a platform that offers tokenized versions of NASDAQ stocks.

Pini Peter’s wife, Limor Patarkazishvili, is the only registered shareholder of DX.Exchange’s parent company. According to a notice on the bottom of its front page:

At our source’s urging, CCN pulled the public records of “Coins Marketplace Technologies.” The public can view the documents at the end of this article.

Estonia, like Malta, fosters a pro-business environment that makes it excessively easy to establish a business or even citizenship online.

Just days after launch, DX.Exchange was hacked. Customer data and authorization tokens were leaked, allegedly due to a “bug.”

DX.Exchange insists that it fixed the problem. But issues remain, and anxiety among customers lingers.

For example, one anonymous trader claims that a request he had sent from his browser to DX.Exchange contained password-reset links from his tokens as well as those of other users.

“I have about 100 collected tokens over 30 minutes,” the anonymous user said. “If you wanted to criminalize this, it would be super-easy.”

However, CCN has not verified these claims.

Despite its ostensibly dubious provenance, DX.Exchange has received a barrage of positive media write-ups. The platform has been lauded for its bold claim that it bridges the gap between cryptocurrencies and real-world stocks.

On Jan. 3, Bloomberg wrote a glowing story touting DX.Exchange as the Next Big Thing in crypto-finance.

DX.Exchange, which has offices in Estonia and Israel, will offer digital tokens based on share of 10 Nasdaq-listed companies with plans to expand to the New York Stock Exchange as well as in Tokyo and Hong Kong.

The exchange’s virtual stock offering will provide a test of investor appetite for products that seek to improve upon mainstream financial markets by using technology from the world of cryptocurrencies.

Digital stocks could hold advantages over traditional shares because they can be traded even when exchanges are closed, and traders can choose to buy fractions of a share. They could also give foreign investors the ability to buy and sell U.S. shares they might otherwise struggle to access.

A slew of crypto news websites also cooed about the platform (including this one!). But does DX.Exchange live up to the hype?

The mounting wave of complaints across the web indicates that it doesn’t. Such revelations are troubling for an industry that only recently started edging into the mainstream.

Shortly before publication, a DXE representative denied any relation to SpotOption.

However, CCN’s research indicates that Limor Patarkazishvili ― the majority owner and director of sketchy Israeli financial technology company SpotOption (which has mysteriously vanished from the web) ― is the sole shareholder of Dx.Exchange, acting in a “direct owner” capacity.

The official documents from the Estonian government are below. Additional copies can be purchased.

DX by on Scribd

This article was co-written by Samantha Chang.

This is a developing story. We urge readers and affected parties to continue to send information, screenshots, leaks, etc. to [email protected]