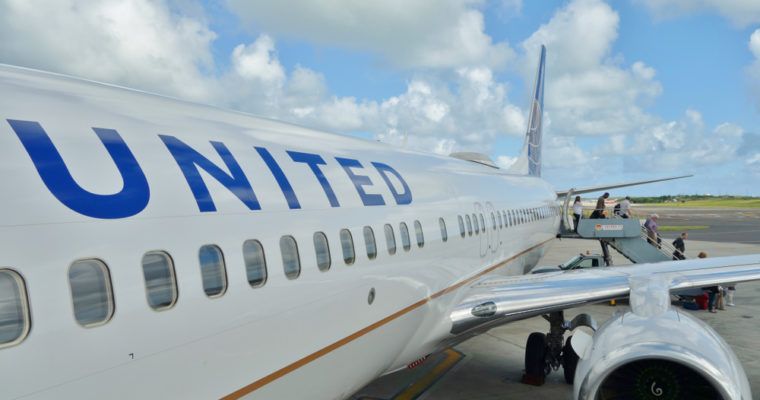 United Airlines says it’s not hurting from the government shutdown — at least not yet, anyway. | Source: Shutterstock

United Airlines CEO Oscar Munoz says the partial US government shutdown has not had a significant financial impact yet, but warns that this could change dramatically if the furlough drags on much longer.

“There is some impact there,” Munoz told CNBC Wednesday (Jan. 16). “It’s not discernible and it’s not significant. Clearly the longer this goes, of course there’s going to be impact. And we do worry about that.”

Munoz made the remarks a day after the CEO of Delta Air Lines said it expects to lose $25 million in revenue for January due to the shutdown.

So far, Oscar Munoz says he’s unable to predict the exact economic impact the shutdown will have because he doesn’t know how much longer it will last.

However, the shutdown has not hurt the United Airlines (UAL) stock price so far.

UAL shares have been inching up for the past five trading sessions amid a mild overall stock market rally. The Dow Jones Industrial Average closed today at 24,207 ― up 141 points.

21st US Govt Shutdown is Now the Longest

The aviation industry has been particularly hard-hit by the government shutdown. Some 51,000 employees of the Transportation Security Administration are working without pay amid the ongoing impasse between Congress and US President Donald Trump.

The shutdown started on Dec. 22, 2018, and is now in its fourth week. This is the 21st shutdown the US government has undergone over the years and is now the longest.

Trump has asked the Democrat-led House of Representatives for $5 billion to build a wall along the US-Mexico border. The Democrats responded by calling the wall “immoral” and saying they won’t offer any money for it.

Both sides have accused the other of acting in bad faith. As recently as 2015, Democrats favored immigration reform and a border fence, but that all apparently changed once Donald Trump took office. The Republicans, meanwhile, failed to pass border wall funding during two years of unified government.

Even in the midst of a slowdown, aviation workers showed that their sense of humor remains intact.

As CCN reported, Canadian air traffic control workers sent pizzas to their US counterparts last week as a gesture of goodwill and support.

Meanwhile, JPMorgan CEO Jamie Dimon suggested that the shutdown could cut the United States’ economic growth to zero if it continues through March 31.

“Someone estimated that if it goes on for the whole quarter, it can reduce growth to zero,” Dimon told reporters. He did not cite who the source for the claim was.

Despite the government turmoil, Dimon remains bullish about the US and global economy. The billionaire banker insists that there is no recession ahead, and urged everyone to “take a deep breath.”