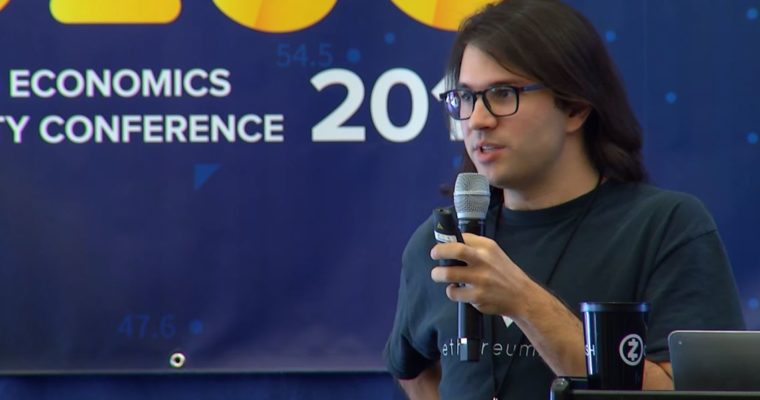 If you are an Ethereum aficionado, you know that one of their lead researchers, Vlad Zamfir, has been an integral part of the blockchain team since 2014. He is now primed to collaborate with the VC-based startup Casper Labs to speed up the Casper upgrade, although Ethereum will be partially funding his research.

Casper Labs has raised in the region of $20 million and are in the throes of creating a “fully scalable blockchain”. As Zamfir was helping Ethereum with their scalability issues, his new role with Casper Labs makes sense.

Although many believe that Ethereum and Casper Labs are indirectly in competition, they both have some of the same goals. Vlad Zamfir is one of the most renowned researchers for Ethereum, known for his research on scalability and his proof-of-stake beliefs.

Zamfir’s new role at Casper Labs will see him attempt to deliver the first Casper protocol upgrade. Zamfir was already leading up a version of Casper at Ethereum. With the deadline for the Ethereum CBC upgrade still years away, his move to work with Casper Labs, who are seeking to upgrade as soon as possible, is obviously a desirable challenge for Zamfir.

The CEO of Casper Labs, Mrinal Manohar was very upbeat in regards to Zamfir’s move by telling The Block website:

Casper Labs is making a multi-year, multi-million dollar commitment to continue to fund Zamfir’s research into CBC Casper. We are very supportive of any project using [Vlad’s work on Casper]. We will have a fully public GitHub and fully public research materials. We’re not trying to bootstrap the research. Obviously, we’re hoping to bring it to market first, but we’re not believers in exclusivity.

Reading between the lines, Casper Labs want to get the CBC update live as soon as possible, while the project is not so important for Ethereum.

Although it might seem to some critics that Casper Labs are overhauling and disregarding Ethereum’s research on the CBC upgrade, Manohar believes they are simply dedicating a development team to focus on the upgrade instead of waiting around for Ethereum. Manohar put these opinions to bed when saying:

Ethereum is a project that is already up and running. It’s always harder to upgrade like that; it’s like changing a car engine when it’s running, it’s a lot more complicated. Vlad just wants the world to switch to proof of stake. He’s still very supportive of Ethereum because they’re working on Casper [the protocol]. But we have a dev team that’s solely focused on accelerating it.

Manohar then went onto say that although Ethereum is not an investor in Casper Labs, they are still partially funding Zamfir’s research. They also stated that Zamfir is not an official employee of Casper Labs and that the firm is more akin to being his biggest financier.