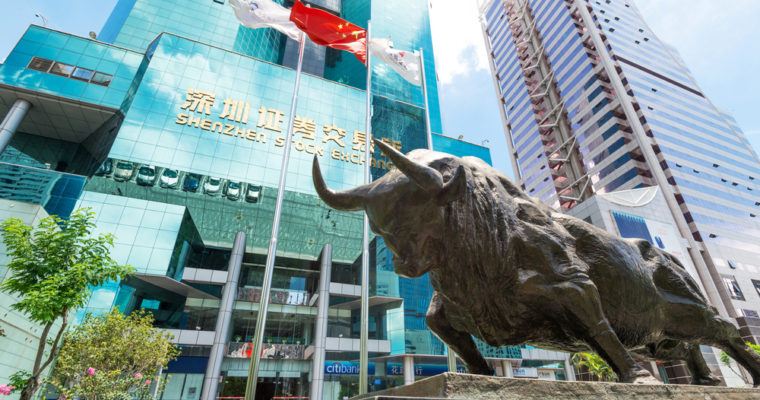 Investment management firm Invesco has suggested that opportunities exist in China despite the earnings warnings that U.S multinationals have issued in response to the ongoing trade war.

There’s a lot of fear around China. We’ve certainly seen that rush that could be characterized as a panic, and I do think that presents some opportunity.

According to Hooper, more U.S. firms are likely to blame the trade war between China and the U.S. for dismal revenues as the earnings season kicks in. Earlier this month, iPhone maker Apple revised its first-quarter guidance downwards citing reduced sales in China. While Apple had initially predicted sales revenues would range between $89 and $93 billion, the revision saw the figure reduced to $84 billion. Currently, China is Apple’s largest market outside the United States.

At the time, the company’s CEO Tim Cook stated that the trade tensions had triggered an economic slowdown in China beginning in the second half of 2018:

If you look at our results, our shortfall is over 100 percent from iPhone and it’s primarily in greater China. It’s clear that the economy began to slow there in the second half and I believe the trade tensions between the United States and China put additional pressure on their economy.

Deal in the Offing?

Part of the reason for Hooper’s optimism on China is the belief that trade negotiations will bear fruit:

What we’re hearing is that the president [Donald Trump] is actually eager to make a deal. It could be a deal on specifically China making some small concessions around buying some more U.S. products, and we could call it a day. That looks more and more like a possibility.

Additionally, Hooper expects the Chinese government to start an economic stimulus program this year that will rev up economic growth in the world’s second-largest economy.

While smaller firms may currently seem attractive to investors since they have less foreign exposure, Hooper has advised against ruling out multinationals. This is because their stock prices are already trading at a discount:

I wouldn’t walk away from U.S. companies that do have exposure to China. Some of them have already been hit. Prices have come down recently for a number of those names so that could represent an opportunity.