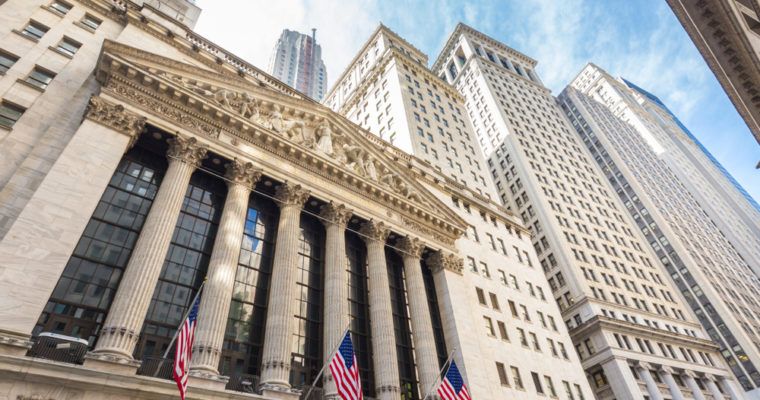 US stock market futures rose ahead of Wednesday’s opening bell, with Dow contracts toying with a 100 point gain and others posting more modest increases. Cryptocurrencies, meanwhile, traded sideways as analysts weighed the impact of bitcoin slipping into “backwardation” on the futures markets.

As of 8:40 am ET, Dow futures had gained 91 points or 0.38 percent to hold above the 24,000 mark, while S&P 500 and Nasdaq futures flashed gains of 0.22 percent and 0.12 percent, respectively. All three major US stock market indices had secured solid recoveries on Tuesday, ensuring that a multi-day losing streak would not extend into something more worrisome.

Buttressing those pre-market gains was positive data from Goldman Sachs and Bank of America, both of whom exceeded earnings estimates for the fourth quarter.

On Wednesday, traders will continue to watch how the US government shutdown — now in its 26th day — affects private companies. Delta and American Airlines have already begun to experience reduced revenue due to the drop-off in government-related travel, JP Morgan CEO Jamie Dimon has warned that the shutdown could stunt US economic growth completely.

Nevertheless, neither US President Donald Trump nor congressional Democrats have demonstrated a willingness to cave — or at least compromise — on their respective stances toward the controversial proposal to build a “physical barrier” on the US-Mexico border.

It is becoming more and more obvious that the Radical Democrats are a Party of open borders and crime. They want nothing to do with the major Humanitarian Crisis on our Southern Border. #2020!

On Wednesday, Trump tweeted that the “Radical Democrats are a party of open borders and crime,” adding that the situation at the border was a “Humanitarian Crisis.”

On the cryptocurrency front, eToro Senior Market Analyst Mati Greenspan identified what may or not be a concerning indicator for the near-term direction of the bitcoin price, which currently sits at $3,626 on Bitstamp.

Writing in daily market commentary made available to CCN, Greenspan noted that CBOE’s bitcoin futures contracts are currently signaling “backwardation,” which means that contracts set to expire at later dates are trading lower than contracts that will expire sooner. However, he said that this wasn’t necessarily a bearish indicator.

“One of the joys of having a futures market is the ability to understand what investors are thinking about the future of the price. For bitcoin, it doesn’t seem so great at the moment,” he wrote.

Of course, something like this might have made me nervous on a normal day, but then I remembered that oil futures were trading in contango (opposite of backwardation) before the prices collapsed back in October.

Further downplaying the impact of backwardation, Greenspan noted that CBOE’s bitcoin futures volumes are currently very low, making it important not to extrapolate too much from this data point.

Also, the volumes here are kind of silly. I mean, 227 BTC (less than $1 million) trading on a contract that expires today. Sure, the title is catchy but what can we really learn from this?

Nevertheless, it’s something that crypto traders should keep an eye on, particularly if this trend extends to other crypto futures exchanges.

Ethereum: a Fork in the Road for Constantinople

Meanwhile, as CCN reported, Ethereum has delayed its long-awaited hard fork, Constantinople, in response to the disclosure of a potential vulnerability within one of the protocol upgrades.

While certainly preferable to finding the vulnerability after the fork had already been activated, the unexpected delay sparked significant trading volatility, leading the ethereum price to drop as low as $113 before recovering to a present value of $125.