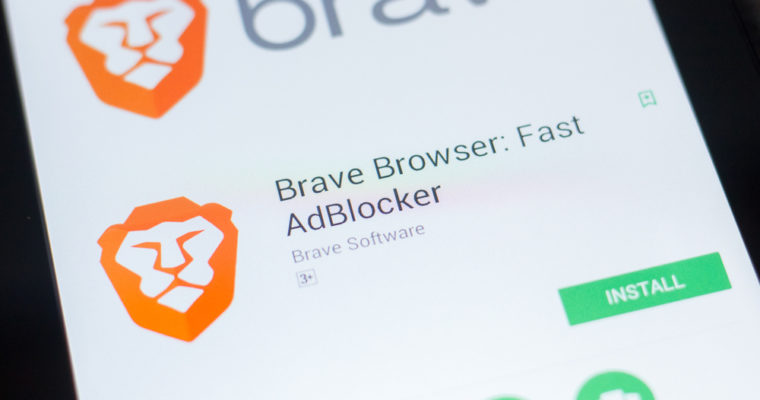 Brave Browser is an ICO-funded Chrome fork that markets on its respect for privacy. By default, Brave blocks advertising on the web. Sites that are visited a lot automatically have an account created for them in Basic Attention Tokens, and once their balance reaches a certain threshold, they can cash these tokens out. Today, Brave announced that they are going to introduce their own advertising platform which pays themselves and users. The tokens are worth about 12 cents each at the time of writing.

Beginning with their 1.0 release, Brave will be replacing advertising on the web with its own advertising, deemed “privacy-respecting.” Users can opt-in to see up to 20 ads per day and after the release of the 1.0 version, users will receive 70% of the revenue from the ads they view.

Publishers are disregarded in the system. Brave profits, users profit. Publishers who go to extra lengths can participate in the Basic Attention Token system, but to date, no notable entities have done so. At over 5 million users, Brave is a fraction of the overall web landscape. The Brave Rewards program is voluntary, after all, and users must own BAT in order to participate in supporting the sites they love:

A Brave feature called Brave Rewards allows people who use Brave to contribute BAT to the sites they visit. When someone turns on Brave Rewards, their browser will tally the time and attention they spend on each site, and divide up that person’s monthly BAT contribution among the sites they visit. Brave Ads will allow people to opt in to earn BAT based on their attention. When someone turns Brave Ads on, their browser will begin learning their preferences in order to show occasional relevant ads as system notifications.

Across mediums, a superior model to advertising has yet to emerge. Advertising allows companies to pay the cost of the content providers. It is the oldest model of providing free or discounted content. AdBlockers and companies like Brave are primarily concerned with the privacy of the user. AdBlocking costs companies millions of dollars in ad revenue and has created an environment where many advertisers no longer trust the model.

Several blockchain companies, including Brave, have arisen to try and solve the problem. The problem of malvertising is real, and publishers must deal with it. But the publishers themselves do not create the malvertising. At CCN, we get rid of malicious ads. We also revoke advertising deals with companies who scam or abuse our readers.

Ultimately the only solution that has come about is the paywall or subscription model. These models both disregard the billions of unbanked and impoverished people who cannot afford such subscriptions. The ideal situation is where the user gets the content efficiently and the content provider makes money so they can continue to provide content.

The Brave approach is interesting but so far it has not accounted for all parties in the web ecosystem. Writers are not paid in variable-rate tokens. They are paid in dollars and cents. Professional journalists can’t feed their families with good feelings and positive comments. Hosting bills increase as popularity increases. If everyone were to use the Brave browser, the quality of content on the web would quickly dissipate while Brave would become very rich.

Brave previously worked on a model of blocking all ads. Now they seek to replace ads which are vital to millions of websites with their own ads, giving nothing to the content creators. It’s almost as bad as counterfeit crypto news sites that steal our content.

We are grateful to the many thousands of readers who use CCN daily and view and click on our ads.

We signed up for a Brave account last fall. I was curious to see how much Brave could generate for us as a medium-sized media company that depends on ad revenue. The rewards we’ve received through Brave are ridiculously low. The past three months, we’ve been rewarded with 2,500 BAT (which amounts to $300). With that sum, we can run CCN for one or two hours. If our ad revenue drops in the future due to extensive use of adblocking, we will have to resort to blocking the blockers.

Thankfully, there are good solutions out there for media companies, like GetAdmiral.com, which we are experimenting with.

In a future where Brave becomes a dominant player, I think larger media companies in the US will find a way to shut them down quite fast.

BAT Trading Up On News?

While it’s unclear whether the new situation will create increased demand for BAT, the news did seem to foment upward trading at the time of writing.

Featured image from Shutterstock. Chart from TradingView.com.  Note: the opinions expressed in this article are those of the author, not CCN.