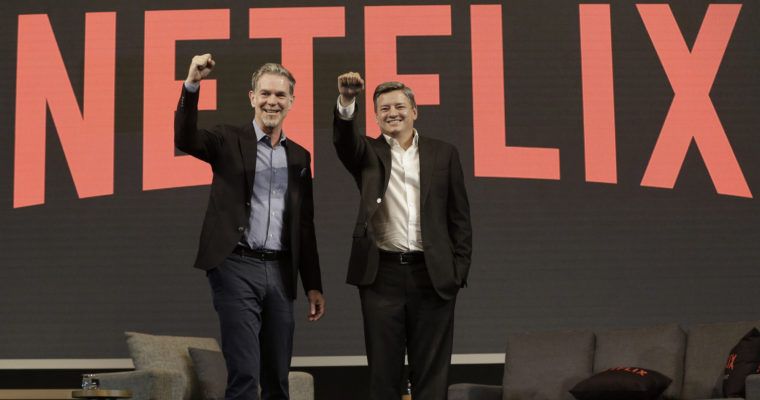 Netflix shares soared at Tuesday’s opening bell, extending the video streaming giant’s impressive January run. But while investors are clamoring to increase their NFLX holdings, consumers have responded with less enthusiasm to the news that ignited this morning’s rally.

The rally followed the announcement that the company would implement significant subscription rate hikes to the tune of 13 to 18 percent for US subscribers. Netflix’s most popular plan, HD Standard, will increase to $13 from $11. Basic subscriptions will increase to $9 from $8, and 4K Premium plans will cost $16, up from $14.

The rate increases will take immediate effect for new subscribers, though the company’s 58 million existing US customers will be transitioned to the new subscription prices over the next three months.

Unsurprisingly, customers reacted negatively to the price hikes, taking to social media to protest the rising cost of the streaming service, often with a variety of colorful insults inserted for emphasis.

Netflix is raising prices again? I was already paying $14/mo for 4K content on an account I barely used. I’ll probably just have to cancel and get my content elsewhere because I’m pretty sure that money could be used for better things, tbh.

So Netflix is going to just keep inching up prices all the time? Their shows aren’t even that good, about to cancel.

However, Netflix — and shareholders — are gambling that customers will stomach the price hikes, given that the streaming service plays an increasingly central role in the media consumption habits of millions of consumers.

That’s probably a safe bet. Netflix has raised subscription prices four times since it launched streaming, yet the company has never had much difficulty growing its customer base. The service most recently raised rates in Oct. 2017, an event that was also accompanied by a bounce in NFLX stock.

While Netflix continues to rely on licensed content — its customers are so addicted to “Friends” that the company paid $100 million to license the show for one more year after previously stating it would be removed from the platform — it has also begun to churn out original content at an unprecedented pace. According to estimates, the company expected to invest as much as $13 billion in original shows and movies in 2018, and its long-term goal is to see those offerings comprise around half of all content on the platform.

NFLX bulls believe that strategy will help the firm weather growing competition in the streaming industry, and there are strong indications that it is working. Just look at the recent releases of “Bird Box” and “Black Mirror: Bandersnatch,” which quickly became full-fledged cultural events.

Netflix claims that more than 45 million accounts watched at least part of “Bird Box” within seven days of its release, and the movie inspired the viral — and worrisome — Bird Box Challenge.

Bird Box Challenge while driving…predictable result. This happened on Monday as a result of the driver covering her eyes while driving on Layton Parkway. Luckily no injuries. pic.twitter.com/4DvYzrmDA2

If Netflix can continue to produce content that captures this many eyeballs, subscribers threatening to ditch the platform risk losing not only access to the shows available through the service but also the ability to participate in these shared cultural experiences.