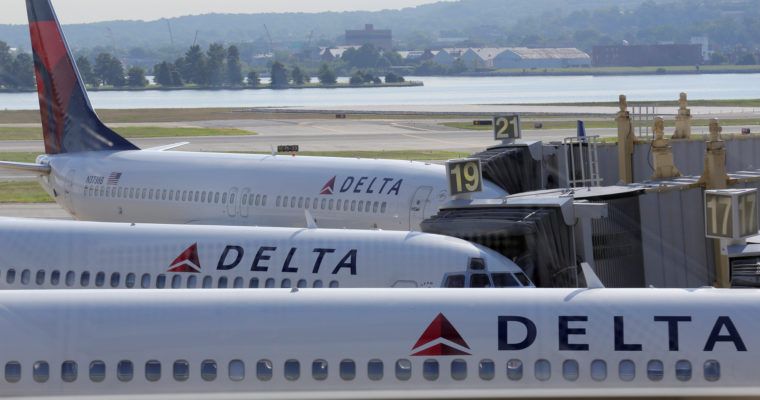 The third-largest airline in the United States by domestic market share, Delta Air Lines, has disclosed that the ongoing partial government shutdown will cost it millions of dollars in lost revenue.

In an interview on CNBC, Delta’s chief executive Ed Bastian said that the government shutdown will see the airline lose revenue amounting to $25 million in January. This is because fewer government contractors and federal officials will be traveling. According to Bastian Delta has already registered ‘a reduction in revenues’ so far this month.

The partial government shutdown which is now in its 4th week has hit the aviation industry particularly hard. It is now the longest government shutdown ever and is as a result of an impasse between congressional leaders and President Donald Trump over funding for a wall on the U.S. Southern border.

Besides the loss of business with government officials and contractors not flying, airlines are also unable to introduce new routes and jets. This is because such plans must be approved by the Federal Aviation Administration officials who are currently not working.

With employees of the Transportation Security Administration among the federal government employees who missed paychecks last week, the absentee rate has increased. This has led some airports to close some security checkpoints with the result being flyers being inconvenienced.

Besides fewer government contractors flying, the corporate travel business could also be impacted if the shutdown continues. This was pointed out last week by analysts at Wall Street firm Cowen, as CCN reported:

The government shutdown will impact the industry’s corporate travel business the longer it lasts. American [Airlines] in particular has exposure to the government with its hub at Washington, DC Reagan National Airport. We believe government contractors are not traveling during this shutdown, and the longer it goes on, the greater the impact.

The impact of the partial government shutdown on Delta’s earnings is likely to be reflected in the first quarter results. An earnings guidance from the airline indicates that it expects revenue per seat to experience a minuscule growth of between zero to 2% in the quarter that will end March 31st compared to a similar period last year.

The news has not moved the stock of Delta Airlines significantly. It is, however, trading at lows last reached in 2017.