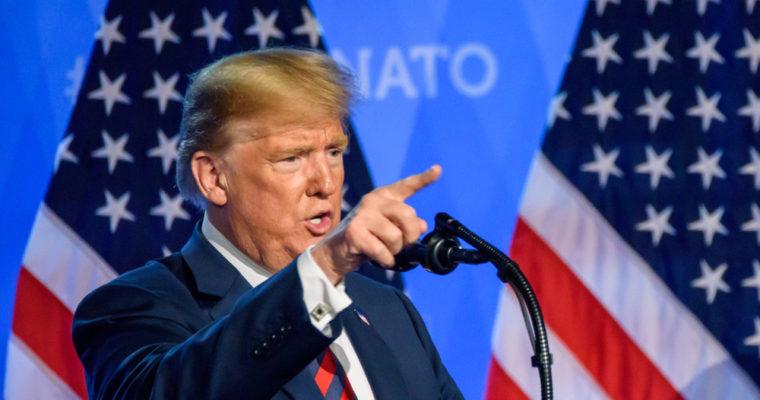 US President Donald Trump has turned down a proposal by Senator Lindsey Graham (R-SC) to bring the ongoing government shutdown to an end by temporarily reopening shuttered government departments while carrying on with negotiations for a proposed southern border wall.

Speaking earlier today to reporters in the White House ahead of a trip to Louisiana, Trump revealed that he turned down the suggestion to end what has become the longest government shutdown in the history of the United States.

I did reject it. I want to get it solved. I don’t want to just delay it…The Democrats are stopping us, and they’re stopping a lot of great people from getting paid. The Democrats have to do something. We need their votes, otherwise we can’t solve it. They now control the House. Let’s see if they can lead.  I don’t know that they can lead, but we’re going to soon find out.

Trumps’s refusal indicates that the shutdown, now in its 24th day, might not be coming to an end anytime soon with neither side prepared to give ground. While the Democrats insist that approving the $5.7 billion Trump wants for a wall on the US-Mexico border is a non-starter, Trump continues to make the demand central to all negotiations, effectively stalling any real dialogue.

While he has not made good on his threat to wield emergency executive power to bypass Congress and fund the wall, he continues to hint that such a scenario could still be on the table of Congress refuses to agree to his demand. Last week, CCN reported that a Bloomberg survey indicated that economists believe that the impact of the prolonged shutdown is a contributing factor to the growing possibility of the US going into recession within the next 12 months.

Despite this, the Dow Jones Industrial Average has continued its good start to 2019, delivering the best start to a year since 2006. That, of course, will come as scant consolation for the over 800,000 federal workers who reportedly missed their paychecks on Friday, January 11.

Significantly, Trump’s rejection of Graham’s proposal represents a combative new chapter in the president’s already turbulent relationship with the Democrat-controlled Congress. According to some observers, Trump has signified his willingness to gamble his entire presidency on a single contentious issue — albeit one that is very popular among his core supporters — and go to war with everyone including his Republican allies over it.

Speaking in an appearance on Fox News on January 13, Graham, who is traditionally one of Trump’s allies on Capitol Hill, hinted that patience might be wearing thin among some congressional Republicans. He said:

I would urge him to open up the government for a short period of time, like three weeks, before he pulls the plug. See if we can get a deal. If we can’t at the end of three weeks, all bets are off. See if he can do it by himself through the emergency powers.