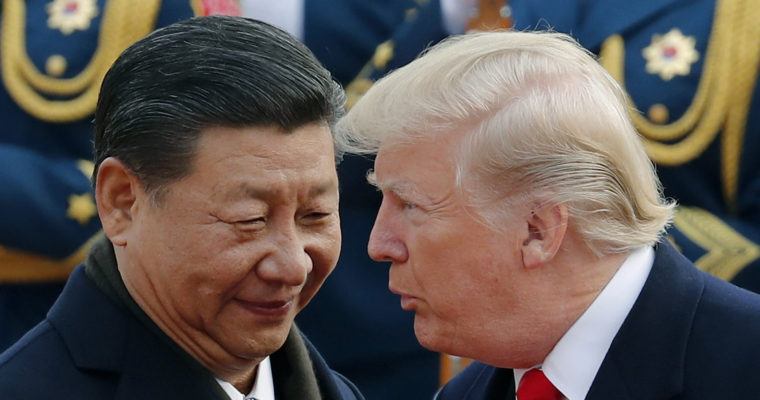 The Dow Jones Industrial Average fell by as much as 230 points Monday morning, an extension of a volatile pre-market session for Dow futures. At the time of writing, the blue-chip index had pared its loss down to 91 points, or 0.3%, to 23,904.60. Apple Inc. (AAPL) was the worst performing stock, having declined 1.4%.

President Trump told reporters on Monday that a new trade deal with China was likely. According to Reuters, the president cited Beijing’s desire to continue negotiating as a strong signal that a deal will eventually be reached. No further details or timelines were provided.

“We’re doing very well with China,” Trump told reporters at the White House, according to Reuters. “I think that we are going to be able to do a deal with China.”

Talks between the world’s two largest economies went longer than expected last week, with delegates making notable progress on key issues related to U.S. farm and energy commodities and increased access to Chinese markets. It was the first face-to-face meeting since President Trump and China’s Xi Jinping agreed in early December to halt the trade war for 90 days.

Washington and Beijing have until March to iron out a new trade agreement – that is, unless they agree to extend the 90-day truce. Talks are expected to intensify later this month as China grapples with a cooling domestic economy and the Trump administration contends with growing political pressures at home.