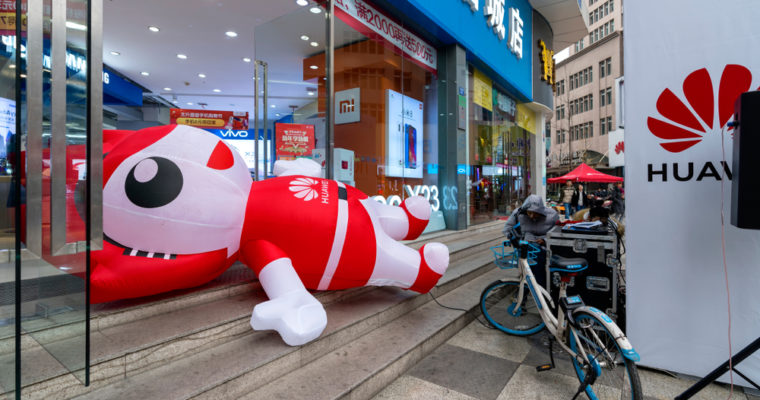 Leading smartphone brands are reacting to falling consumer demand by cutting output. Global production is expected to be 1.41 billion units this year, falling 3.3% compared to 2018. TrendForce says the impact of trade disputes and tariffs between the US and China, as well as other uncertainties, could result in a larger fall of 5%.

Apple’s iPhone sales fell in the second half of 2018 by 7%  compared to prior year. The main reasons were said to be less frequent consumer upgrades and pressure in the Chinese market. Year-on-year, iPhone production volume has declined 3%.

Much of the decline for Apple stems from a 10 million volume drop in sales from the Chinese market. iPhones are priced too high in a slowing Chinese-economy, including recent bans on some iPhone models in the tech-hungry country.

Apple’s production volume is expected to fall to 189 million units, says TrendForce, reducing its market share from 15% to 13% for 2019.

Controversial phone-maker Huawei, under scrutiny in the US, has seen production volume increase 30% year-on-year in 2018. 205 million units were produced in 2018 and could reach 225 million in 2019. This would provide Huawei with a global market share of 16%. Allowing it to overtake Apple and steal the 2nd position in the market below Samsung, according to TrendForce research.

Huawei has advantages from its self-developed chips, expansion into China’s premium phone market and emerging markets.

Samsung Will Retain Its Market Domination

Though Samsung is also seeing an 8% decline in production volume and a shrinking market share, it’s still expected to retain 20% of the smartphone market in 2019. To compete with China’s domestic brands, Samsung is likely to adopt more aggressive strategies for its phone specifications and market pricing.

The iphone-maker has other markets to pursue including its wearable products. The Apple Watch and AirPods wireless headphones have already exceeded iPod’s peak revenue. CEO Tim Cook said last week:

“On a trailing basis, … the revenue for wearables is already 50 percent more than iPod was at its peak.”

Cook looks set to use the Apple Watch in a move into healthcare, teasing key announcements for the space in 2019. Apple is also expected to release new AirPods, its most popular accessory.

Shareholders will likely be very concerned over the potential slip in iPhone’s market share, giving ground to Huawei to take 2nd place in the smartphone market. Leaving Apple trailing in 3rd position.

Apple stocks are still attempting to recover from a recent 10% plunge. The company revised its sales forecasts downward impacting global markets. This was further exasperated by news 10% cuts to production for the next three months.