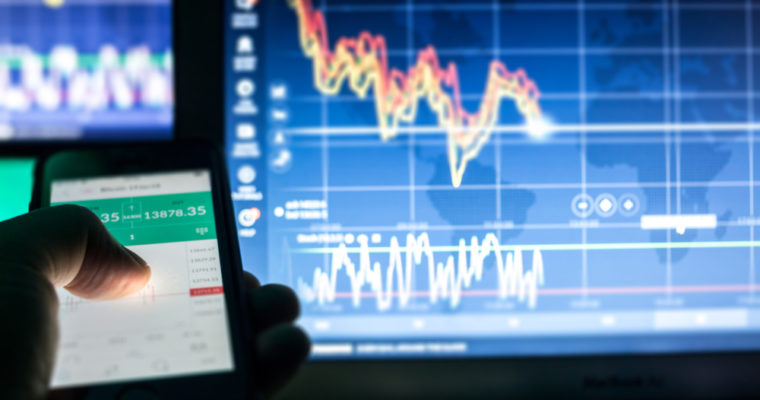 In the last 48 hours, the volume of the crypto market has dropped from $15 billion to $13 billion as the Bitcoin price fell below the $3,600 mark.

Analysts have started to demonstrate concerns regarding the declining volume of digital assets and the potential scenario of cryptocurrencies free falling without significant sell pressure from bears.

Generally, traders in the crypto market expect a lackluster year with low volatility, at least until cryptocurrencies escape the last stage of a 12-month-long bear market and initiate a strong accumulation phase.

In the short-term, however, many traders envision most cryptocurrencies including Bitcoin testing key support levels in a low price range.

As the volume continues to slowly descend Bitcoin could see more sideways ranging This could last for days or weeks until a decrease in buyers, currently holding up the market, at these levels. Nice support below $3,000 with lots of buyers waiting there.

Currently, following an intense sell-off on January 11, the crypto market is demonstrating stability in the range of $122 to $124 billion.

But, the combined valuation of all cryptocurrencies in the global market is down nearly $100 billion since November 2017 and the asset class is struggling to demonstrate signs of a trend reversal.

Considering the lack of momentum of cryptocurrencies and the inability of dominant digital assets in the likes of Bitcoin and Ethereum to breakout of important resistance levels, a cryptocurrency technical analyst DonAlt suggested that 2019 may turn out to be a boring and a low volatile year.

“I’ve been relatively inactive this year – for one reason – there just hasn’t been too much to trade. I wouldn’t be surprised if ’19 plays out like this, boring, choppy and frustrating to trade. The worst thing you can do is force trades when your system doesn’t give you any,” the analyst said.

As Bitcoin approaches the low $3,000 region, similar to its corrective rally in mid-December, it may initiate a relatively sharp recovery triggered by big buy walls on major cryptocurrency-to-fiat exchanges such as Coinbase and Bitstamp.

How About Other Cryptocurrencies?

If Bitcoin continues to fall below $3,500 and possibly to its 12-month low at $3,122, cryptocurrencies with low market caps and daily volumes are expected to experience intensified downward price movements against both Bitcoin and the U.S. dollar.

Digital assets that have shown strong upward price movements in the past several weeks due to product launches and protocol upgrades including TRON and Ethereum have already begun to drop in value, affected by the negative sentiment surrounding the short-term trend of the cryptocurrency market.

The price movement of Bitcoin, until the January 11 correction, was seen as a positive short-term breakout above $4,000. But, based on the intensity of the sell-off over the past week, it will likely have a minimal impact on the performance of the asset class in the weeks to come.