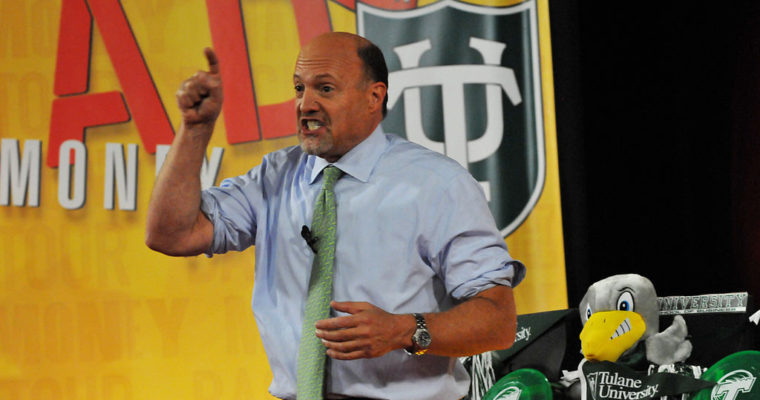 The investor and former head of the $9.3 billion TCW Bond Fund has a reputation for being right. His current Total Return Bond Fund outperformed the competition to return 1.8% in 2018.

Speaking on Friday at a round-table of expert investors for Barron’s he called out reasons for current US debt highs and said he expects the markets to continue to fall, even though the Dow Jones, S&P 500, and Nasdaq, have seen the best start to a year since 2006.

In December 2018 after stocks struggled across the board, Gundlach said he was “pretty sure” stocks were entering a bear market. At the time, CNBC’s Jim Cramer said Gundlach should “stick to bonds.” Gundlach tweeted:

So sad that appearances on CNBC are now a thing of the past. It was great while it lasted. Blame it on Cramer. We’ll be on Fox Business.

But Gundlach was right, the S&P subsequently fell 7%, and Cramer apologized.

Now he’s predicting a weak performance early in 2019, with recovery later in the year.

So now we are in a bear market, which isn’t defined by me as stocks being down 20 percent. A bear market is determined by the way stocks are acting.

US debt is now over $21 trillion with a sustained annual government deficit of $1 trillion adding to this balance each year. Federal Reserve chairman Jerome Powell is also “very worried” about growing debt.

Gundlach believes the growth of corporate debt for investment, “junk” bond sales, and the exit from quantitative easing have created an “ocean of debt.” The US economy is “artificially” on “due to stimulus spending.” And:

We have floated incremental debt when we should be doing the opposite if the economy is so strong.

Jim Cramer Says Stocks are in a Rolling Bull Market

Are we now in a rolling bull market? Is that possible? Is that what’s propelling the market since the bottom.

We’ve been able to bounce back from adversity, rally on days we should have gone down.

This in response to that day’s news of plunges in shares of giants like Macy’s and American Airlines. Cramer says pressure from the US Federal Reserve of further interest rate hikes has lifted:

That’s why, even with no real trade deal yet, with no real sense of how all of these weak corporate numbers will pan out, the bulls can run free even on a day that should have been destroyed by retail and airlines.

Earlier last week, Gundlach predicted “easy 25 percent” gains for bitcoin, which he said could rise to $5,000.