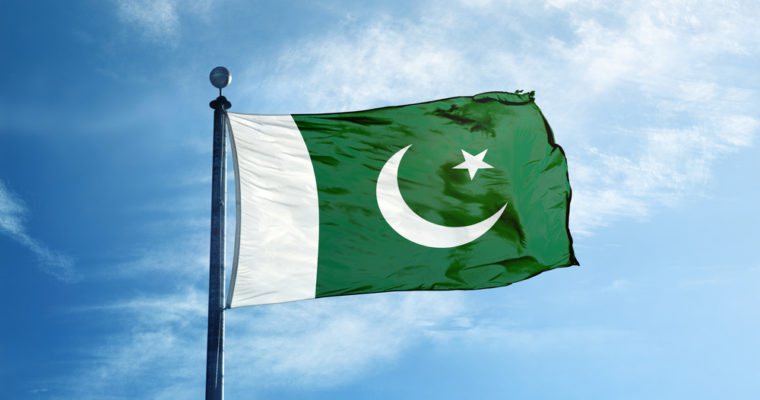 The government of Pakistan is reportedly using a blockchain platform developed by Alibaba’s Alipay. But, cryptocurrencies like Bitcoin remain banned in the country for payments.

The initiative of the Financial Action Task Force (FATF) of Pakistan to utilize a blockchain application to combat money laundering demonstrates the typical “blockchain not Bitcoin” narrative pushed by central banks and large financial institutions.

Several months ago, Pakistan established a partnership with Telenor Microfinance Bank, a financial institution owned and operated by Alipay, a $150 billion fintech giant based in China that acquired a 45 percent stake in Microfinance Bank for $184.5 million.

This week, Pakistan announced the successful integration of Alipay’s blockchain remittance platform, relying on Standard Chartered Bank as the settlement bank to process cross-border remittance transactions between Malaysia and Pakistan.

The State Bank of Pakistan governor and president Tariq Bajwa stated that the implementation of the blockchain by the government marks a major milestone in the increase of financial inclusion in the country.

This puts Pakistan on the map of very few countries in the world that have launched international remittance service using the blockchain technology.

However, speaking to The Express Tribune, the State Bank of Pakistan spokesman Abid Qamar said that Bitcoin and other cryptocurrencies remain prohibited by the government, raising questions on the motive behind the government’s push for blockchain technology adoption.

The government has integrated a blockchain platform developed by several companies that provide the central authority, in this case the SPB, significant control over the network. A permissioned ledger is conceptually similar to the existing systems employed by many central banks.

Hence, while the initiative of Pakistan may ostensibly seem like an open-minded approach towards fintech regulation, the government’s blanket ban on public blockchain networks in the likes of Bitcoin and Ethereum contradict the government’s current policy on the prioritization of financial inclusion.

Eric Jing, the chairman and CEO of Ant Financial, a subsidiary of Alibaba and the parent company of Alipay, said that emerging technologies can improve various areas within finance by increasing accessibility.

“The new remittance service is one of the examples of how emerging technologies can assist countries meet their digital and financial inclusion goals. We’re thrilled to be part of Pakistan’s financial inclusion efforts and we’re dedicated to exploring breakthroughs and applying them to benefit more people in more places,” said Jing.

Does it Actually Increase Financial Inclusion?

One of the major contributing factors of limited financial accessibility in certain regions and developing countries is the presence of large-scale financial institutions and banks that set unrealistically high thresholds that create a challenging ecosystem for individuals to receive financial services.

To improve financial inclusion, the scope of individuals that are eligible for financial services has to increase but if the same banks are in charge of the development and operation of the network as seen in the dependence of Standard Chartered Bank, even with the implementation of the blockchain, it could have a minimal impact on the growth of financial inclusion.

Cryptocurrencies such as Bitcoin have the ability to provide financial freedom to individuals because it does not prevent or restrict individuals from utilizing the network. If individuals still have to through the same banks, authorities, and institutions, it remains unclear how the implementation of the blockchain could improve financial inclusion.