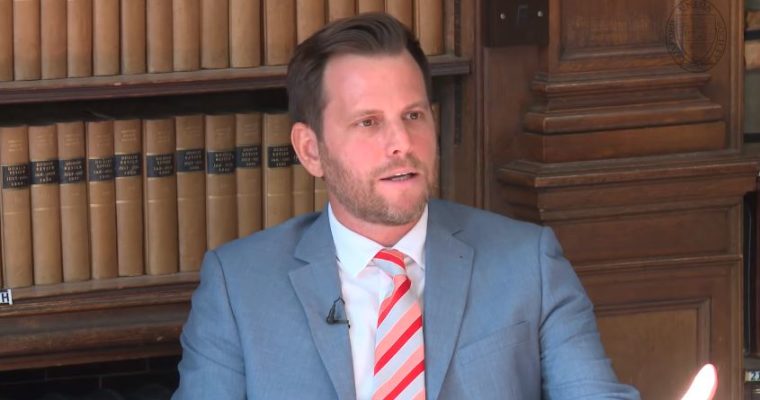 Dave Rubin, the founder and the host of the Rubin Report, has left Patreon with Dr. Jordan Peterson and has begun to develop an alternative solution, possibly involving crypto.

Sharing his Bitcoin address in a statement, Rubin said:

This is why Dr. Jordan Peterson and I are leaving Patreon and working on an alternative. It’s becoming clearer and clearer to me that crypto and decentralization will have to play a significant role.

Mastercard is Doing the Hard Work For Crypto

Decentralization in finance is important in an era in which content creators and commentators sustain their platforms through digital payments.

During a podcast in France, Dr. Jordan Peterson revealed that he was receiving around $80,000 per month on Patreon as compensation for all of his work including the free content he regularly publishes on YouTube, such as interviews and speeches.

However, as the Patreon account of many content creators were banned without any prior notice or explanation, Dr. Jordan Peterson left Patreon, abandoning a stable stream of income to create an alternative to Patreon.

As Dr. Peterson left the platform, he stated:

I’ve been working on a system to allow authors and other people who engage publicly on intellectual issues to interact more effectively with their readers and viewers and listeners. What we’re going to try and do as fast as we possibly can is to set this system up on a subscriber model that’s analogous to Patreon. It will have a bunch of additional features, which I don’t want to talk about right now, and I don’t want to over promise because the system is new.

Based on the recent statements of Dave Rubin, it seems increasingly likely a platform involving cryptocurrencies will be created, as Dr. Peterson emphasized throughout the past month that payment processors in the likes of Mastercard and Visa should not be censoring the accounts they service based on their political bias.

Down we go further into the rabbit hole: why are MC/Visa/PayPal/Patreon acting as censors? They are fighting ‘hate speech.’ But–the Achilles heel of such conceptualization–who defines ‘hate?’ Answer: Those to whom you would least want to grant such power.

Crypto is the Answer

Dave Rubin noted that it has become more evident that anti-censorship money in crypto seems like the sole answer to the censorship practiced by payment processors.

Mastercard, PayPal, Visa, and other financial companies have possibly done the hard work for the cryptocurrency ecosystem by giving the incentive to influential content creators and individuals to recognize the necessity and importance of decentralized money.

The motive behind the operations of payment processors based on subjective political bias remains unclear. But, in the long-term, it may increase the adoption of cryptocurrencies that are able to provide financial services to everyone on a decentralized protocol.