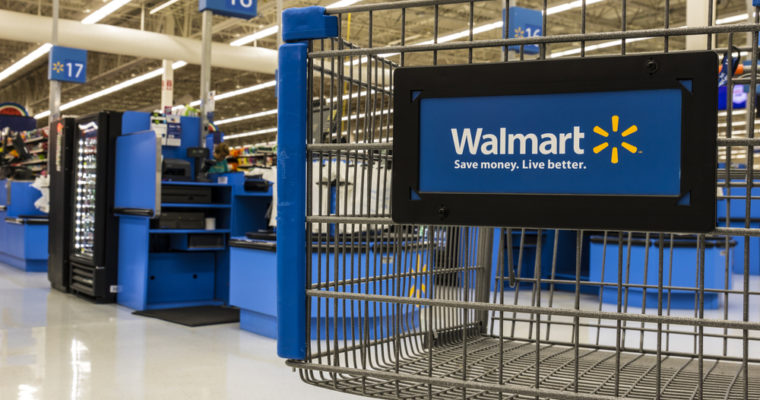 Retailers are suffering in a very general way, with Sears fighting liquidation efforts and most stores posting disappointing figures. Shares in Macy’s (M) are down roughly 16% over the 24-hour period on the Big Board. Post-holiday sales figures of today disappoint everyone. It began the 24-hour period at over $31, but by the time of writing it’s down to just under $26. Back in August, the company’s share price was almost up to $42 per share.

Although the company posted gains across most categories, investors were expecting a lot more from the renewed growth strategy at Macy’s corporate. Sales were up less than 2%. Online retailers saw growth in the double digits. Macy’s CEO Jeff Gennette said in its November/December 2018 sales report:

Looking back at 2018, we met our goal of returning the company to growth. Our revised guidance is above the expectations we set at the start of the fiscal year, and we expect to deliver our fifth consecutive quarter of positive comparable sales, including ‘comping the comp’ of the 2017 holiday season. The North Star Strategy is gaining traction, and the entire organization is engaged and motivated to continue improving our performance in 2019.

Investors reacted to the news by divesting themselves of Macy’s in rapid succession.

Kohl’s also found itself in trouble this week, having posted similar figures to Macy’s, at 1.2% “shifted comparable sales increase.”

The stock dropped roughly just a bit more than Macy’s in dollars, but the actual percentage change was less due to the higher value of Kohl’s stock. It opened the 24-hour period at over $70 but at the time of writing sits under $65.

Target Lumped in With Low Performers Despite Bucking Decline Trend

Target had nearly double the results of Macy’s and Kohl’s, with an over 3% sales increase over the previous year. The market responded by punishing Target less. Nevertheless, it saw a cumulative 2% drop over the 24-hour period, after brief bullish trading pushed back above $70 for a period of hours.

At the time of writing it was trading almost equal to Kohl’s stock.

Wall Street’s message is clear: results are going to have to be better than this to keep our money with you.

The holiday season is crucial to department stores. Black Friday and pre-holiday shopping have historically been some of their best earnings times. Some might have bought earlier in the year with the expectation of selling at post-holiday profits. Such strategies fail this year.

Although the economy appears to be adding jobs and economically things are better than they were just a few years ago, people seem to be spending more conservatively. Rising interest rates, or the fear thereof, have had an effect on credit card usage. The spectre of online shopping continues to haunt the retail market. Walmart continues to adapt. Its sales figures and market indicators are blessed as a result.

Walmart’s domestic sales dwarf those of Kohl’s and Target at 4.3% gains for December.  Taking into account their much wider footprint, 1% is not simply 1%. It’s many millions of dollars. Walmart did suffer internationally, taking a 10% loss, and its Sam’s Club wholesale arm also underperformed compared to last year.

Nevertheless, as investors seem to strategize away from department stores in the wake of a rough holiday season, Walmart’s losses on the market were far less than the rest of the companies mentioned over the same period. The stock tumbled just 1.62% from its 24-hour high of $96.10. Early in trading January 10, shares dropped to the $93 range but jumped back within two hours.

Due to the difficult economy and severe winter weather in some regions, the holiday season was more challenging for retailers than expected. We are pleased that we had positive traffic for the third month in a row and that Walmart performed relatively well given the environment.

Walmart has offerings the others don’t, such as groceries. Its growth comes from this and health. Walmart continues to adapt its business model for an increasingly web-dominant marketplace, leveraging its huge physical footprint for fulfillment and distribution options. It may not be too long before a more reasonable comparison is Amazon.