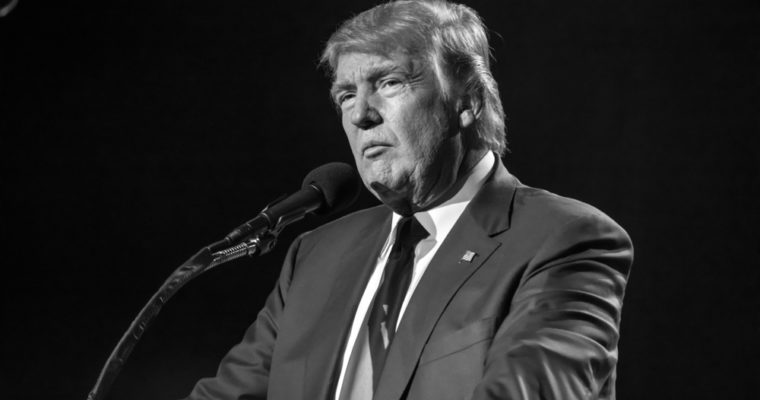 U.S President Donald Trump appears positive over recent trade talks with China. But Trump is not so upbeat about coming to an agreement with the Democrats and ending the government shutdown. Could a trade resolution with China happen before the government starts to pay its employees?

As Trump left for his visit to Texas and the U.S border with Mexico today he told reporters:

“We’re negotiating and having tremendous success with China”

Yet yesterday Trump left the negotiating table with the Democrats saying speaking to House Speaker Nancy Pelosi was a waste of time. Neither Trump and the Republicans, or Pelosi, Chuck Schumer, and the Democrats, will move their stances to end a partial government shutdown that’s reaching a critical peak.

Today, after boasting of success with China, Trump said he found China to be “far more honorable” than Schumer and Pelosi. He added:

The U.S has given China a list of demands relating to trade and China’s policies on intellectual property protection, technology transfers, and subsidies. This week’s trade talks are not expected to produce a final resolution, the target for that is March 2, 2018. But China has made some concessions this week including confirming crop orders and purchasing soybeans from the U.S

Things are moving towards a trade resolution with China. There looks like no move at all towards an end to the government shutdown.

It’s hard to see that it could happen. The partial shutdown affects services as critical as border control, ironically, as well as airport security and air traffic control. It’s already 20 days in and for the government workers affected things are about to get really tough. Over 420,000 federal employees won’t be paid this month and the shutdown affects a total of 800,000 workers.

But, there is no resolution in sight and Trump is seemingly comfortable in saying the shutdown could last months or even years.

Pelosi thinks yesterday’s meeting was a setup for Trump to walk out saying today:

“Not only was the President unpresidential — surprise, surprise — yesterday in his behavior, I think the meeting was a setup, so he could walk out.”

“I don’t even know that the President wants the wall, I think he just wants to debate on the wall.”

Americans deserve to know: the government funding package passed by the House yesterday is the *exact same* plan passed by the @SenateGOP just weeks ago. And yet, now, they refuse to vote on it. #MSNBCTownHall

Democrats will vote next week on spending bills to reopen parts of the government, but so far Trump is refusing to sign anything until his request for $5.7 billion is met.

Will it Become the Longest Government Shutdown Ever?

The chances are, yes. It’s currently the second-longest shutdown and by Saturday will become the longest government shutdown ever. Trump’s shutdown is set to beat the current record from when House Speaker Newt Gingrich and Democratic President Bill Clinton failed to find common ground on taxes.

This is the second longest government shutdown since 1976.https://t.co/znF36FWRw0

The Shutdown is Costing $1.2 Billion Per Week

According to recent reports, the shutdown is now costing over a billion dollars to the U.S economy each week. Missing pay packets tomorrow may begin to trigger more unemployment claims from disgruntled workers. There have been 4,500 unemployment filings so far and two lawsuits commenced.

Critically, some of the government departments that are shut down assist America’s most poor and vulnerable:

UPDATE: We identified and mapped all expired (or soon to expire) @HUDgov contracts for affordable housing. Together, the dots represent ~150,000 deeply poor seniors & people w/disabilities whose homes are at risk from #shutdown2018. https://t.co/v4V8r3pScS pic.twitter.com/Sq2PUZ8p4s

There a no resolutions on the table for the shutdown, unlike trade talks which are progressing. Discussions need to happen before agreements, and at the moment the Republicans and Democrats cannot manage to sit at the table and talk.

So, the shutdown is likely to continue. Could it go past the March 2 trade resolution deadline? It’s unlikely but not impossible. If it does, America is likely to see unrest, much more economic turmoil, and Trump’s presidency could be at risk. As well as, of course, the financial cost.

After four days of growth in the stock markets, so far investors are holding their cool over trade talks, interest rate worries, and the ongoing shutdown.