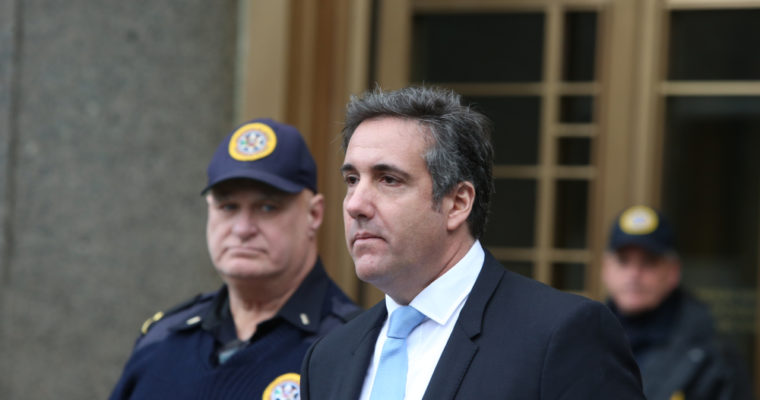 Michael Cohen, US President Donald Trump’s former lawyer, is due to testify against his former boss on February 7 in front of the House Oversight and Government Reform Committee before beginning a three-year prison term for multiple charges.

Cohen also admitted lying to Congress about Trump’s involvement in a plan to build a Trump Tower in the Russian capital, a plan which was later scrapped.

Trump Fixer Cohen Will Testify before Going to Prison

Known as Trump’s “fixer,” part of Cohen’s job was to make the president’s problems go away — by any means necessary. Now it is Cohen who is going away, due to be incarcerated in FCI-Otisville, a medium-security federal prison in New York.

“In furtherance of my commitment to cooperate and provide the American people with answers, I have accepted the invitation by Chairman Elijah Cummings to appear publicly on February 7th before the Committee on Oversight and Government Reform,” said Cohen.

I have been living in a personal and mental incarceration ever since the day that I accepted the offer to work for a real estate mogul whose business acumen I deeply admired. Today is one of the most meaningful days of my life. The irony is that today I get my freedom back.

Cohen has a track record of erratic and unethical behavior, caught on tape at one point threatening a Daily Beast reporter with complete financial and social ruin if he published a story with the words “Trump” and “rape” regarding an accusation made by Trump’s first wife.

Cohen said that he would bury the reporter under financial problems forever, saying “what I’m going to do to you is going to be f*cking disgusting,” and adding that it wasn’t possible by definition to rape one’s spouse, a comment he was later compelled to apologize for making.

Impact on the US Economy

The testimony could be a potential wild-card in the currently delicate US economy. Despite a strong labor market with an employment rate nearing a 49-year low and almost full workforce participation, other aspects of the US economy have been cause for domestic and international concern with softening trends in manufacturing, services, and housing.

On top of that is the ongoing government shutdown which has affected a quarter of the government with 800,000 government employees furloughed or working without pay, as well as a trade war with China adding to downwards pressure in an uncertain stock market which had the worst month in December since the Great Depression.

It’s unclear whether Cohen’s testimony contains evidence that could lead to the impeachment of the US president, but given the fact that Trump’s casually-tweeted comments (such as criticisms of the Federal Reserve chairman Jerome Powell) have been correlated with major turbulence in the stock markets, the last thing the economy needs at the moment is another wild card.

Like it or not, Cohen will be airing the administration’s dirty laundry under oath in front of a government committee in February, something which is likely to cost traders, economists, and of course, President Trump himself, a few nights’ sleep at the very least.