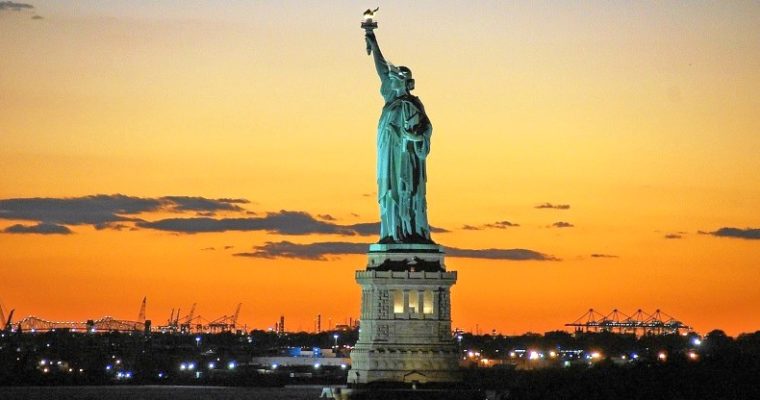 New York City is doubling-down on crypto despite the bitcoin bear market. The NYC Economic Development Corp. opened a 4,000-square-foot Blockchain Center on Thursday (Jan. 10) amid the Crypto Winter. Why? Because the EDC is in it for the long haul, says an executive.

“We are playing the long game,” Ana Arino — the chief strategy officer at the EDC — told Bloomberg. “It’s a nascent technology, so there’s bound to be uncertainty around this evolution from year to year.

While we don’t know what the future holds, we want to make sure we have a seat at the table shaping it.

Partners Include Microsoft and IBM

The center will offer coding classes and lectures to promote awareness and adoption of blockchain, the distributed ledger technology underpinning bitcoin.

The center was financed by the Global Blockchain Business Council (a trade group) and venture-capital fund FuturePerfect Ventures.

The city of New York provided a one-time investment of $100,000. In addition, the center received funding from corporate partners, including Microsoft and IBM. The center plans to charge membership fees as it grows.

While naysayers declared the death of bitcoin 90 times in 2018 due to plunging prices, even skeptics have praised the game-changing technology undergirding virtual currencies.

As CCN reported, the anti-crypto MIT Technology Review expects blockchain to become so mainstream in 2019 that it will become “boring.”

Corporate juggernaut Walmart has been testing a private blockchain system for years to track its food supply.

Walmart will start using the system in 2019 and has urged some of its fresh-produce suppliers to join.

Similarly, French grocery mega-chain Carrefour is using blockchain to improve food safety by tracking chicken, eggs, and tomatoes as they travel from farms to stores.

Carrefour is Europe’s largest retailer with more than 12,000 locations around the globe, so big-name corporations are already investing in the space.

The emergence of blockchain into the mainstream isn’t surprising because the foundation was being laid since last year. In 2018, the Rockefeller family’s venture-capital arm Venrock stunned the crypto world by announcing it is investing in blockchain startups.

The Rockefeller family — with an estimated net worth topping $1 trillion — is one of the richest dynasties in the world. The Rockefeller name carries establishment cachet, from Wall Street to Main Street.

Venrock partner David Pakman underscored that his $2.6-billion investment fund is it for the long haul. Pakman said the fund is not interested in making short-term profits, but in making long-term investments to nurture blockchain technology.