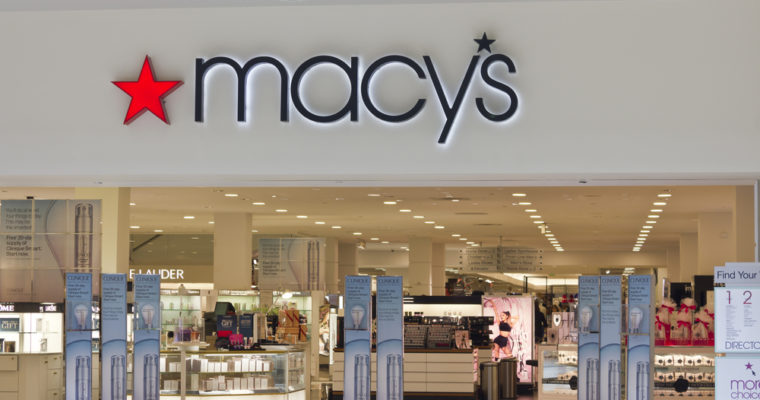 After four days of stock market recovery and gains on the Dow Jones Industrial Average and elsewhere, the markets are at risk of slipping back. Macy’s and American Airlines revised forecasts, sending their stock prices spiraling.

The Dow Jones, the overriding indicator of America’s largest companies, began to fall after nearly a week of recovery. That recovery had been fueled by hopes of a positive outcome for trade talks, Federal Reserve patience, and talks to resolve the government shutdown. The Dow has since rebounded and is holding on.

The drop was short-lived, but an increasing number of companies are revising sales and revenue forecasts, impacting their own share prices and the wider markets.

Though many established stores and Macy’s online sales were up just over 1%, Macy’s says its sales “weakened” in mid-December relative to expectations. This led to today’s statement before trading opened on the New York Stock Exchange (NYSE) where the firm is listed. Macy’s predicts no net sales increase for 2018 and is revising sales growth from an expected 2.3% or more down to 2%.

Other retail stocks fell, too. J.C. Penney, Nordstrom, L Brands, and Kohl’s all fell between 7-9%.

In a slew of revisions this week, the biggest airline in the U.S. has cut its profit forecast and issued revenue guidance.

American Airlines had predicted its key “revenue per available seat mile” metric would grow year on year up to 3.5%. Actual growth was 1.5% in the last quarter of 2018.

The airline stock fell more than 8% this morning and was followed by falls in the share price of Delta Air Lines, United Airlines, and Southwest Airlines.

With two important industry sectors hit hard with revisions, the markets have much to cope with today. Analysts are hopeful for short-term or little effects. Quincy Krosby, chief market strategist at Prudential Financial, told CNBC:

If the market can look past this, it will suggest that much of this has been backed in.

It’s not all bad for technology stocks today, as Bank of America has upgraded Twitter shares to “buy,” leading to strong gains on the opening bell.