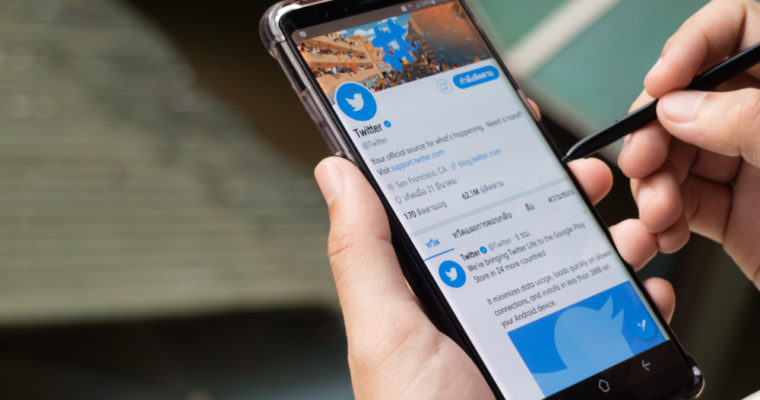 The Dow Jones Industrial Average and other US stock market indices opened to moderate losses on Thursday. However, shares of social media giant Twitter posted strong gains during pre-market trading on Thursday in response to strong analyst forecasts and consolidated them after the opening bell.

Citing improving metrics among the coveted 18-29 demographic, Bank of America Merrill Lynch gave Twitter shares a double upgrade to “buy” from “underperform.” Analysts set a price target of $39, which is up from their previous mark of $31 and represents a 20.8 percent increase from Wednesday’s close at $32.25.

“Churn remains elevated, but improving metrics in the 18-29 demographic suggest more younger users are turning to Twitter,” Bank of America analysts stated the Thursday note to clients, according to a CNBC report. “Nine percent of users indicated they planned to use Twitter more next year, up from 6 percent in our 2Q survey.”

Elsewhere in its note, Bank of America stated that Twitter has significant room for improvement in monetizing its user base, leaving it with more upside than its chief competitor in the social media market, Facebook.

“While Twitter has significantly less time spent per user than Facebook, monetization is also significantly lower than the $25 ARPU Facebook will generate globally in 2018, and $108 in the U.S.,” the note said. “If Twitter can continue to improve engagement and targeting and build out its direct response advertiser base, comps suggest opportunities for significant ARPU [Average Revenue Per User] increases.”

CCN has previously reported that analysts believe increased digital advertising revenue presents growth opportunities for firms such as Google, which is already a major player in the ad market. However, increased competition from Twitter and Amazon could put the squeeze on the other member of the digital ad duopoly, Facebook.

While the majority of analysts still have a buy rating on Facebook, a few firms, including Pivotal Research, have soured on Mark Zuckerberg and company, warning that it will likely undergo significant managerial shakeups in 2019. Pivotal lowered its Facebook price target to $113 from $125, which represents a 21.7 percent haircut from Wednesday’s close at $144.23.

A glance at the charts shows that the contrasting outlook for Twitter and Facebook is more than just anecdotal. Over the past 12 months, Twitter shares have climbed almost 27 percent — a mid-2018 sell-off notwithstanding — while Facebook shares have plunged by nearly 20 percent.

Of course, Facebook’s rumored cryptocurrency project could be the firm’s ace in the hole, but it’s unclear when that project will formally launch, as well as whether it will be a commercial success.

Bank of America isn’t the only bank pounding the table on Twitter. JP Morgan’s Doug Anmuth included the firm on his “best ideas” for 2019, noting that its ads are “increasingly resonating with marketers.”

The firm has struggled with spam, particularly the cryptocurrency giveaway scams that have become near-ubiquitous on the profiles of major tech figures such as Tesla CEO Elon Musk.

However, JP Morgan said that the firm had made “meaningful progress” toward addressing spam and maintained that “quality improvements should drive benefits to usage and advertising revenue long-term.”

Thursday’s rally represents another minor victory in what is shaping up to be a banner year for Twitter CEO Jack Dorsey, who also serves as the chief executive of digital payments darling Square.

Both firms have already climbed by double digits during the first two weeks of 2019, with the bitcoin-friendly Square notching gains of nearly 15 percent since the beginning of the trading year.

A variety of factors have contributed to that rally, including an overall stock market recovery that has been particularly pronounced among tech companies. However, Square has also endeared itself to investors in its own right.

On Jan. 3, the company announced that it had hired Amrita Ahuja as Chief Financial Officer to replace Sarah Friar, who was leaving the firm to become CEO of Nextdoor. Prior to joining, Square, Ahuja was the CFO at Blizzard Entertainment.

“Amrita brings the ability to consider and balance opportunities across our entire business, and she will help strengthen our discipline as we invest, build, and scale,” Dorsey said in a statement announcing Ahuja’s hiring.

Then, on Jan. 9, Square announced that it had developed a software development kit (SDK) to allow companies to accept in-app payments using the company’s payments service. While Square’s platform is already popular among small businesses, the firm believes the new SDK will make its merchant processing service more attractive to major businesses that sell products through their own apps in addition to web and/or physical storefronts.

However, Square shares were down 2.67 percent to $64.17 at the time of publication on Thursday.