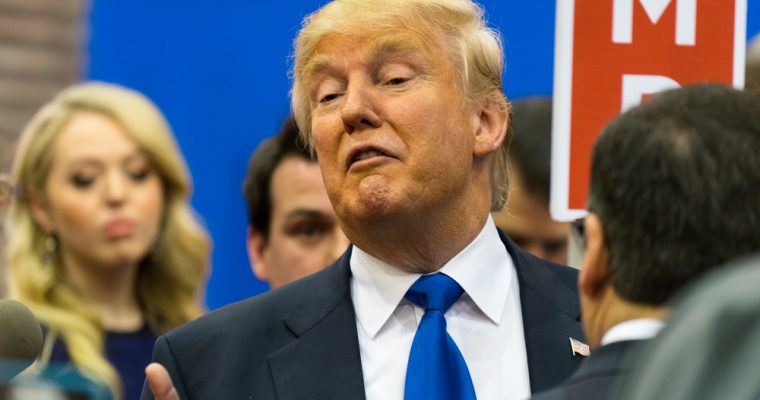 President Donald Trump left Congressional leaders Chuck Schumer and Nancy Pelosi at what was supposed to be the negotiating table Wednesday after a meeting over border security quickly headed south.

Simply, the president said the talks, specifically with Democrat House Speaker Pelosi, over funding a border wall were a waste of time because she flat out refused to budge over taking up the issue while the government is partially shut down.

While the deeply divided partisan sides managed to get together for the meeting, it is becoming clearer that neither is prepared to stray from their positions. The president, Pelosi, and Schumer continue to blame the other side for the stalemate.

The partial shutdown enters its 20th day Thursday, and Friday marks the first payday in which many federal workers won’t be paid because of it. Also, the impasse and shutdown have raised the ire of a rating agency.

Trying to Understand the Impasse

At issue is the president’s call for $5.7 billion to be appropriated to fund a border wall along certain portions of the U.S.-Mexico border. House Democrats have refused to commit to the funding.

The partisan fight is not about there not being enough money for the wall. The amount being requested is less than 1% of the federal government’s $4.4 trillion budget. Instead, for the Democrats, it’s about the “immorality” of the wall.

Their olive branch to the president is to hold discussions over the wall funding only if he signs a package re-opening shuttered federal agencies. That’s not good enough for Trump. He took to Twitter to admit he’d walked out of the meeting.

After the meeting, Schumer said:

“[The president] asked Speaker Pelosi, ‘will you agree to my wall?’ She said no. And he just got up, and said, ‘Well we’ve got nothing to discuss.”

The politicians may be frustrated over border security, but their concerns likely pale in comparison to federal workers who face going without pay.

If no resolution to reopen the government is in place by Friday, these workers will not be paid, marking a first under this shutdown. Today marks the 20th day of the partial shutdown making it the longest in U.S. history.

Affected are about 420,000 essential employees, according to the Wall Street Journal. It added that another 380,000 have been placed on unpaid leave or furlough.

The U.S.’s triple-A bond rating could also be affected. At least one rating agency analyst has spoken on the matter.

On the network’s Squawk Box Europe, he said:

“I think people are looking at the CBO (Congressional Budget Office) numbers. If people take the time to look at that you can see debt levels moving higher, you can see the interest burden in the U.S. government moving decidedly higher over the next decade.”

The other major rating agencies, Moody’s Investors Service and Standard & Poor’s, have not weighed in on the shutdown.

At the time of writing, following Wednesday’s failed meeting, Dow Futures pointed to a Thursday opening 78 points in the red.